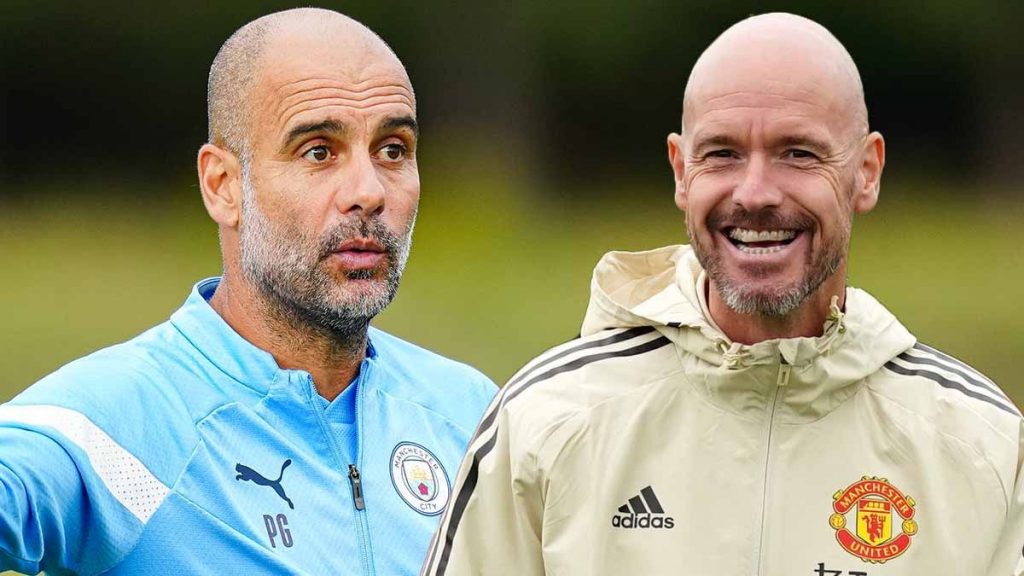 Pep Guardiola has revealed that he is already planning “ridiculous” tactics for the Manchester derby as his squad prepares for their league cup quarter-final against Southampton.

Premier League teams are exempted from playing on Saturday lunchtime following Champions League away games on Wednesday evenings to decrease tiredness among players competing in Europe’s premier club competition. However, no exemption has been granted for City in domestic competitions, with a lengthy journey to St. Mary’s coming up before Saturday’s derby.

With his attention focused on the quarter-final on the south coast, Guardiola has had little time to assess his preparations for the United encounter and will need to examine the squad’s current form. But City manager Pep Guardiola can’t help but think about the meeting at Old Trafford.

“I would say that I made a lot of adjustments for the match against Chelsea, in the FA Cup on Sunday, due to the players’ apparent exhaustion following the game and the travel to Chelsea in the league three days earlier.” – stated Guardiola.

“I have some ridiculous thoughts and ideas against United, but I still haven’t seen the most recent matches. I need to observe how they play at home and determine if they make any changes. I still need to examine it. I don’t have a set lineup versus United because of this.”

Whether or not Guardiola was teasing about his propensity for tinkering in key games, City has had recent success at Old Trafford with unconventional formations, most notably when they won overwhelmingly in the League Cup semi-final in 2020 using two false nines.

Erling Haaland goals this season has eliminated the need for Manchester City to play with false nines; however, the Norwegian was one of the players who missed the FA Cup triumph against Chelsea as the club continues to monitor his fitness.

Given the importance of the United game, Guardiola will have to decide whether to play Haaland and Kevin De Bruyne at Southampton. The manager does not believe it will disrupt the team’s rhythm if his players go ten days without a game.

“You always consider this, but in recent years, players have played many games. If Kevin doesn’t play for four or five days, would he lose anything? In my opinion, no.” – stated Guardiola.