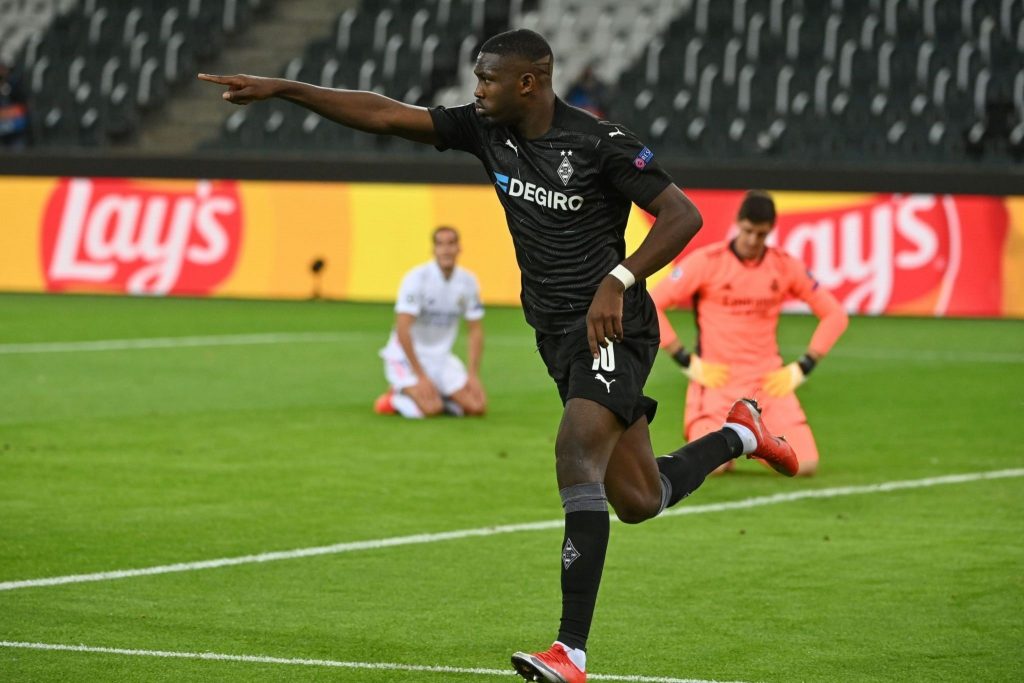 Top Bundesliga Betting Tips are back. In the final fixture for Bundesliga Matchday 28 of the 2021/22 campaign, VfL Borussia Mönchengladbach is set to host FSV Mainz 05 at Borussia-Park on Sunday evening. At the moment, Borussia M’Gladbach occupies 11th spot in the league-table with 33 points. Mainz is 4 points ahead in 10th position with an extra game in hand.

What are Borussia M’Gladbach Odds against Mainz?

What was Borussia M’Gladbach Performance in the last 5 Bundesliga matches?

Borussia M’Gladbach racked up back-to-back victories in the last couple of fixtures but has failed to build any real consistency throughout the course of the season.

Adi Hütter will not want to change his tactics from the 3-4-2-1 formation that wrapped up the wins although he does have a few players missing due to Covid-19.

Goalkeeper Yann Sommer is among the casualties and Tobias Sippel will have to step up from the bench to take his position. Louis Jordan Beyer and Marvin Friedrich are also missing so Nico Elvedi, Matthias Ginter and Tony Jantschke could make up the 3-man defence.

Kouadio Koné and Florian Neuhaus will be the two central-midfielders of the team. Luca Netz and Jonas Hoffman are both out injured which could force the manager to start Remy Bensebaïni on the left-wing with Joe Scally on the right.

Marcus Thuram will take up the centre-forward role with Alassane Plea and Breel Embolo playing as the two supporting-strikers on either side of him.

What are Mainz Odds against Borussia M’Gladbach?

What was Mainz Performance in the last 5 Bundesliga matches?

Mainz bagged a huge win in the last round but its wretched away-form might eventually see the club finish outside the top-half of the Bundesliga table.

Bo Svensson will definitely set his side out in the 3-4-2-1 system that he has used consistently in recent weeks. Robin Zentner will stand in goal with Stefan Bell, Moussa Niakhaté and Alexander Hack forming the 3-man backline. While Mainz possesses the best defensive-record in the Bundesliga on home-turf, it is conceding close to 2 goals per game on the road.

Dominik Kohr and Anton Stach will probably be the two holding-midfielders shielding the defence.

Silvan Widmer is ruled out for the season so Marcus Ingvartsen might get a rare start in his position on the right-wing while Aarón Martín operates on the left-side.

Lee Jae-Sung and Jonathan Burkhardt will be the two attacking-midfielders supporting Karim Onisiwo in the centre-forward role.

Bundesliga Matchday 28 Betting Tip – Borussia M’Gladbach looks in good form after picking up successive league-wins and it has scored at least 2 goals in 5 of its previous 6 games. Meanwhile, Mainz has gone down to 7 defeats in its last 9 Bundesliga matches despite getting 9 goals in this period.

Bundesliga Matchday 28 Betting Tip – M’Gladbach has recovered its home-form having taken 7 points from its last 3 league-matches at Borussia-Park and scoring at least 2 goals in each one. Mainz has the 2nd worst away-record in the Bundesliga after earning a mere 7 points from 12 away-fixtures this season.

Borussia M’Gladbach seems to be a rejuvenated side lately while Mainz has remained predictably poor away from all through the season.