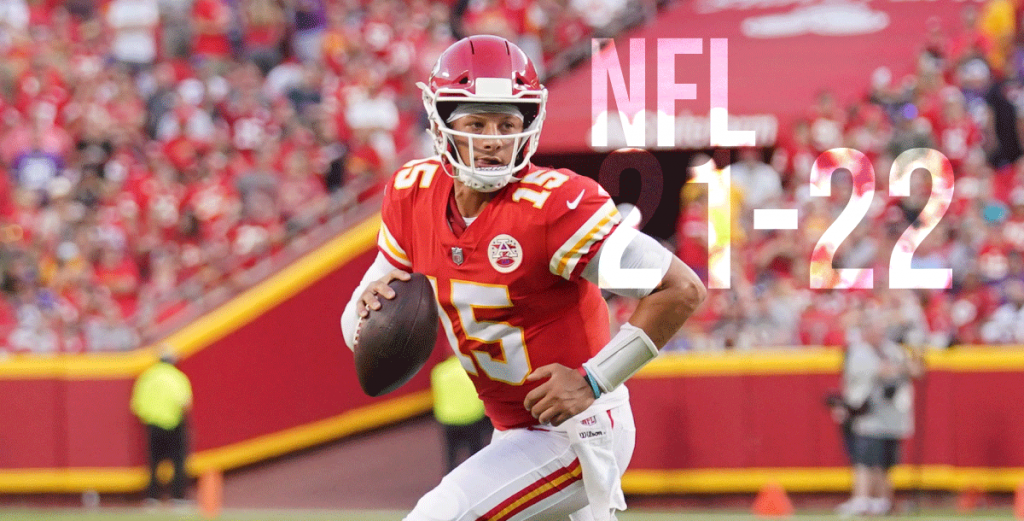 American-football fever is back with the 2021/22 NFL season kicking-off this Thursday at Raymond James Stadium in Florida.

Tampa Bay Buccaneers are the reigning champions after clinching Super Bowl LV in their home-stadium. The evergreen Tom Brady lifted the trophy for the 7th time in his illustrious career, after winning the last of his 6 championships with the New England Patriots the previous season.

The Buccaneers will open the season to a sell-out crowd against the Dallas Cowboys in a tantalising contest to whet the appetite for the rest of the season.

SoFi Stadium in Inglewood, California is the venue for the next edition of the Super Bowl, the target for all 32 teams in the league.

Listed at 5.45 on 10Cric, it is easy to see why Kansas City Chiefs is the top favourite at the outset of the season to win Super Bowl LVI. The Chiefs were the champions 2 years back and runners-up last season despite an injury-stricken roster.

Making 3 Super Bowl appearances in a row is mighty difficult but in Patrick Mahomes they probably have the best quarterback in the league. And it is a bit hard to argue against a 3.45 price for them to be AFC Conference Champions.

Defending champions, Tampa Bay Buccaneers are the second-favourite on 10Cric at 7.50 but it is an optimistic punt as no team has retained the crown in the past 17 years. The Bucs are nowhere close to the best teams of this period and it will be difficult for them to maintain form and stay healthy for another full season. Not long ago, they were struggling with a 7-5 record before their fabled run to the championship. They have Tom Brady in their ranks but can he continue to deliver being a year older now at 44?

Buffalo Bills are the third in the line of contenders for Super Bowl LVI with quite attractive odds of 11.7 on 10Cric. Continuity will be crucial for the Bills after posting a 13-3 regular-season record and coming within touching distance of their first Super Bowl appearance in nearly 30 years. They may well go a step further this time if their exciting young quarterback Josh Allen can repeat his stellar performances from last season. Nevertheless, at 6.05 they are a good option for an outside bet to win the AFC Conference.

Green Bay Packers are second-favourite from the NFC to reach Super Bowl LVI with a 12.4 price on 10Cric. The Packers have produced back-to-back 13-win seasons in the past 2 years despite crumbling in the post-season. And then there is Aaron Rodgers; reigning MVP and a veteran quarter-back at the height of his powers who could script his own fairytale ending after 17 seasons at Green Bay. In any case, with a delightful 6.45 offer on 10Cric, they are an excellent pick for the NFC Conference title.

Patrick Mahomes is the favourite to bag the MVP award for the regular-season with a 5.45 price on 10Cric. Mahomes is arguably the best all-round quarterback in the league and the 2018 winner will be looking for an improved season with the Kansas City Chiefs close to full-strength.

Last season’s winner, Aaron Rodgers is the next favourite on 10Cric at 9.60. Rodgers produced his best season in the NFL despite coming to the twilight of his career. The 3-time MVP will be playing his final campaign with Green Bay Packers and he will be keen to make it a memorable one.

Josh Allen is the third choice among the bookmakers with a 10.1 offer on 10Cric. The Buffalo Bills quarterback showed his class with a breakthrough season after a couple of erratic years. Being the runner-up in the MVP race last time, Allen is the choice among many punters to go one better this time.

Keep track of the NFL 21/22 season and get the best betting tips today here at EagleBet.