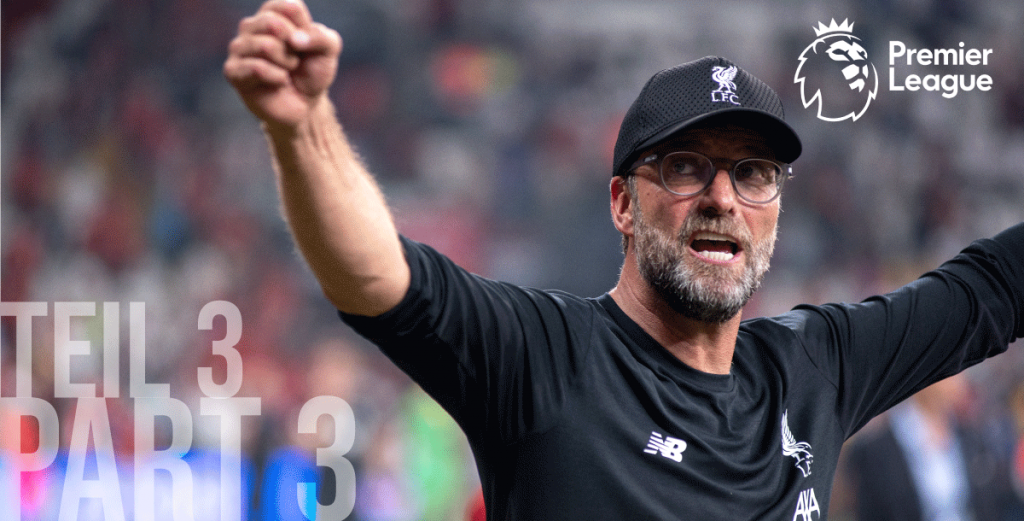 Welcome to Eaglebet’s third part of our definitive betting guide to the new EPL season, examining the chances of Crystal Palace, Everton, Leeds, Leicester and Liverpool.

For the Premier League title chances of clubs like Arsenal and Chelsea please see part 1 and Part 2 of the guide everyone is talking about.

The Ultimate Betting Guide For The Premier League 2021/22

If you haven’t read the first two parts of this series, you might want to take a look at EagleBet betting guides.

At EagleBet, we would like to get behind The Eagles, but we are worried about them this season as the odds are they will be in trouble.

No one outside a sanitorium would ever bet on Crystal Palace to win the Premier League. But most of us would have felt comfortable last year betting against Palace getting relegated from the Premiership. This season Premier League survival is not a sure thing, which has been noticed by the bookies, with odds on their relegation suggesting that outside the newly promoted clubs they are one of the favourites to go down.

Palace have lost that re-assuring grandfather of a manager in Roy Hodgson, replaced by Patrick Vieira, recently sacked by Nice.

Nuno Espírito Santo turned them down (and then went to Spurs) while former Borusia Dortmund manager Lucien Favre sensibly said no.

Former Arsenal midfield powerhouse Vieira might prove an absolutely brilliant manager. Alternatively he might turn out like all those other great players who weren’t (Roy Keane, Wayne Rooney so far, arguably Fat Frank Lampard).
Frank De Boer promised a revolution when he took over in 2017. He survived 10 weeks. Vieira is articulate but has a major challenge this summer, taking over the oldest squad in the Premier League (think the Rolling Stones without the greatest hits).

Crystal Palace to get relegated is a good bet. Perhaps the only thing that stands against you betting on Palace to go down is that the odds are OK but not massively attractive. Their problems have – to some extent, though not entirely – been factored into the betting price.

Nobody has opened a book yet on Big Sam Alardyce being drafted in as a last minute rescue act, but if Crystal Palace is near the bottom come Christmas and looking as dead as a dodo, don’t be too surprised if Palace don’t turn to some desperate old has-been.

Transfers: Exciting Palace midfielder Ebere Eze is out for the Premier League 2021/22 season and Wilfred Zaha clearly wants to fly the Eagle’s nest. However, they have bought young £8m Reading midfielder Michael Olise who EagleBet thinks has a really promising future as he looked a different class in the Championship last year.

But doubts remain there will be much more of a budget to sign the bright talent needed to freshen the squad.

Crystal Palace Odds to Win the Premier League 21/22: Huge range from 250-1 to 1000-1 but whatever the odds it would be throwing money down the toilet

Crystal Palace Odds to be relegated: 7/4

According to our Premier League 21/22 Betting Guide writers, the Eagles appear to have their wings clipped, so bet on Palace to be relegated

Everton Predictions For The Premier League 21/22

The appointment of Rafa Benitez as Everton manager was controversial after his recent exile in which he decided to spend more time with his bank account in China.

But Benitez was excellent at Newcastle despite limited resources and survived an uncomfortable stint at Chelsea.
There is bound to be some disappointment that Carlo Ancelotti, after a decent start, was unable to transform Everton from one of the grand old men of English football into one of the new global superstars of the Premier League.

No one should expect Benitez to transform the club instantly so avoid betting on Everton winning the EPL. Put simply, Everton will not win the Premier League, nor will the Toffees qualify for the Champions League.

You might want to bet on Everton to qualify for the Europa League, but even that is ambitious.
That said, there are strong foundations for Benitez to build on and he is undoubtedly a class act. His first task will be to improve Everton’s home record to guarantee a top half finish.

Transfers: There are question marks over Rodríguez after Benitez fell out with him at Real Madrid and he was dropped by Columbia for the Copa America due to fitness concerns.

Isco and Philippe Coutinho and Denzel Dumfrie have all been mentioned. As has Damsgaard after his impressive performance at the Euros, but the odds are he would want Champions League football, hence if he were to leave Sampdoria a suitor like Liverpool is probably more likely.

Everton have been linked with Glen Kamara of Rangers, who impressed for Finland in the Euros.
However, just as crucial to Everton’s Premier League chances and odds this season will be who they keep hold of.
Star Brazilian striker Richarlison is being courted by his former manager Ancelotti at Real Madrid and much depends on Everton’s ability to keep him.

Rafa to lift the blues at Everton

It’s been fun watching so-called experts change their story about Leeds. Leeds are one of those clubs that if you don’t support them, you probably don’t like them. As fallen giants they were fine, but the pundits just didn’t buy into the idea that Leeds really could be back.

Oh, but they are. Not where they were. Not yet anyway. But when you consider many thought they would get relegated straight back down from the Premier League, they did brilliantly last season.

Instead, they looked like they had never left the Premiership, achieving their first top half finish in 19 years while manager Marcelo Bielsa is now hailed as a tactical genius by many.

Leeds are not going to win the Premiership, so don’t bet on Leeds to win the league. But do think about betting on them for a top half finish and don’t bet on them to be relegated.

Transfers: Leeds are apparently after a big name “mystery midfielder”, but maybe it’s more of the usual bullshit.
Kiko Casilla and Helder Costa are probably on the way out. They also want Mikkel Damsgaard but so do lots of clubs, so that isn’t going to happen.

Exciting times at Leeds who are progressing nicely, so certainly worth a top half finish bet and if you are brave, top six.

It is a sign of how magnificently far Leicester have come that a mere European League finish last season was regarded as a bit of a failure for Brendan Rodgers. What no Champions League football, or Premier League title for mighty Leicester?

Yes, Leicester. Sometimes fans and pundits alike need to step back and appreciate how far Leicester have come from being a Championship outfit a decade ago. Sure, they suffered their regular drop in form at the end of last season, though that should have been forgotten after their FA Cup win and manager Brendan Rodgers has largely built on the success of his predecessors.

And while we do not suggest you bet on Leicester to win the Premier League or bet on them for the Champions League, just compare their stability with that of rivals. And boring though stability is, surely there is enough evidence now to show that it is the stable clubs that progress year on year.

Key player: there are several, but we would pick Denmark legend Kasper Schmeichel between the sticks

Sassulo’s Dominco Berardi has been mentioned but is unlikely. Leicester have also been linked with Phillipe Coutinho but we can’t see the Barça star munching Walker’s crisps. More realistic is Matheus Pereira who impressed at West Brom.

The other way Liverpool have been rumoured to be interested in winger Harvey Barnes, but nothing has been substantiated.

Leicester might not be the favourite to win according to our Premier League 21/22 Betting Guide, but are definitely one of our favourite teams around.

Liverpool Predictions For The EPL 21/22

Last season had that next morning, a head-pounding hangover fell to it for Liverpool after brilliantly winning the Premier League the previous season.

Injuries and an ageing squad did expose how Liverpool simply lacked the financial muscle of Manchester City.
But in Jurgen Klopp Liverpool have one of the best – and best liked – managers in the game.

Despite a disappointing season Klopp did at least inspire Liverpool to Champions League qualification. So the question is, can Liverpool win the EPL in 2021/2?

Liverpool Odds To Qualify For The Champions League: 1/4

Liverpool Odds to Finish in the Top Six: 1/16

A bet on Liverpool to win the Premier League would be an emotional decision. They could do it, but it is a risky bet given they are up against Man City.

Bet365 offers some very competitive rates so if you want to bet on who will win the English football top division use one of Bet365’s welcome bonus offers available at EagleBet.

So you can make the most out of our Premier League 21/22 Betting Guide series, we have also struck deals with plenty of other major operators such as Mr Green offering competitive odds to win the Premiership, and they offer a great welcome bonus and a really smooth betting experience.

But don’t overlook some of the other betting markets for the EPL, be it betting on Crystal Palace to be relegated or Leeds to finish in the top six.

If you enjoyed reading this Premier League 21/22 Betting Guide, you must not waste the chance to find other betting tips for the big 5.