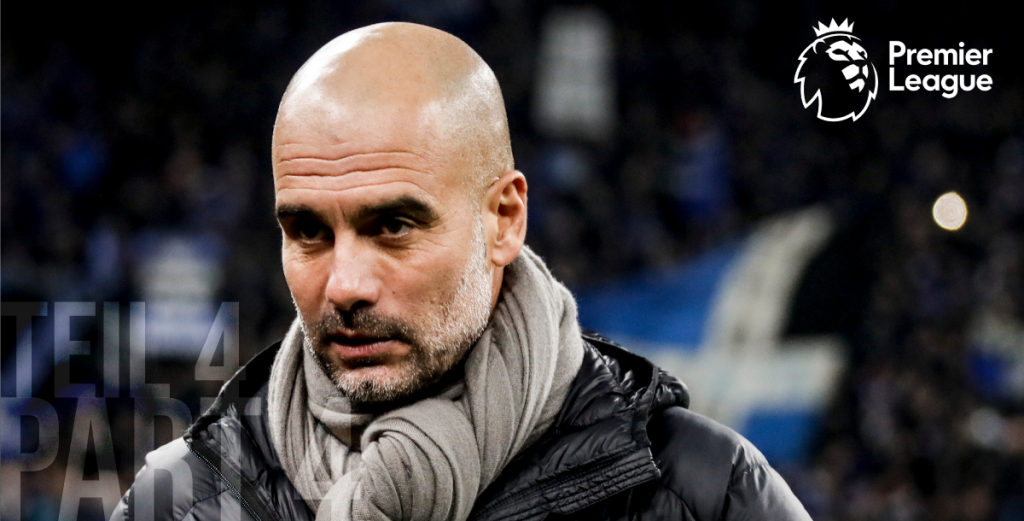 This is the 4th part in our definitive betting guide for the EPL title race with odds, predictions, tips and transfer news enabling you the customer to decide what team and market you should bet on this season.

Have a look at our English Premier League betting guide Part 1, EPL guide part 2 and the third part here.

It is no surprise to see Man City favourites to regain their English Premier League title for the 2021/2 season.
And strong favourites they are too, with bookies putting them at just 4/6 for the league.

Manchester United are fourth favourites to beat their great rivals Manchester City to win the Premier League, behind both Liverpool and Chelsea.

Manchester United are typically 8/1 to win the title, a sign of just how far behind United now are from their biggest rivals who for years they dominated. It is sobering for United who – if only in their own minds – are the biggest or at least one of the biggest clubs in the world.

Manchester City have lost Aguero who has been a brilliant player for them over the years. But they look favourites to sign Harry Kane as replacement. And let’s face it, if they miss out on him – and we don’t think they will – they will sign someone else world class.

Another bonus for City in their campaign to retain their Premier League title is that Sterling looks like a player re-born having lit up the 2020 Euros. He was possibly on his way out of City, but now is almost certain to remain a key part of the team.

The only possible question is whether their losing the Champions League final last season will make them concentrate on that more than the Premier League. However, with the size of City’s squad that really shouldn’t be a problem.

Manchester City are clear favourites for the Premier League title, so if you want to have a fairly secure bet, that is the one to go for. But of course the odds are not great.

Manchester United seem pretty certain of a top four finish, particularly given the re-building going on at potential rivals for a Champions League spot such as Spurs.

But can Man Utd really win the English Premier League 21/22? The odds are certainly reasonably generous given what a dominant team United have been in the EPL era. But if anything their odds are drifting slightly.

So are there any reasons for optimism for the Red Devils, in United’s pursuit of a Premier League title for the first time since 2012/3 when Sir Alex Ferguson retired?

Well they hope to secure French international Raphael Varane for €40m from Real Madrid and have already signed Jadon Sancho from Borussia Dortmund after the young England international graced the Bundesliga last season.
Plus their American owners the Glazers are belatedly engaging with fans and talking about investing in players (rather than taking money out of the club).

And United sources are talking about a “significant” signing that will help them really challenge for the Premier League 2021/22 title.

There is continued uncertainty over the future of sometimes brilliant/ sometimes frustrating Paul Pogba, who needs to be fired if United have a realistic chance of winning the Premier League.

Odds on Manchester United Finishing Top 4 in the Premier League: 2/7

Only bet on Manchester United to be Premier League Champions if you are a real romantic, and probably a supporter.

Boost Your Premier League 21/22 Odds With Our Bonuses

Whoever you bet on, use one of the great welcome offers we have negotiated for you and get in on the action by betting on the Premier League 2021/22 title race.

Do check out our other guides too and remember to subscribe to our newsletter to get weekly odds for the new season.