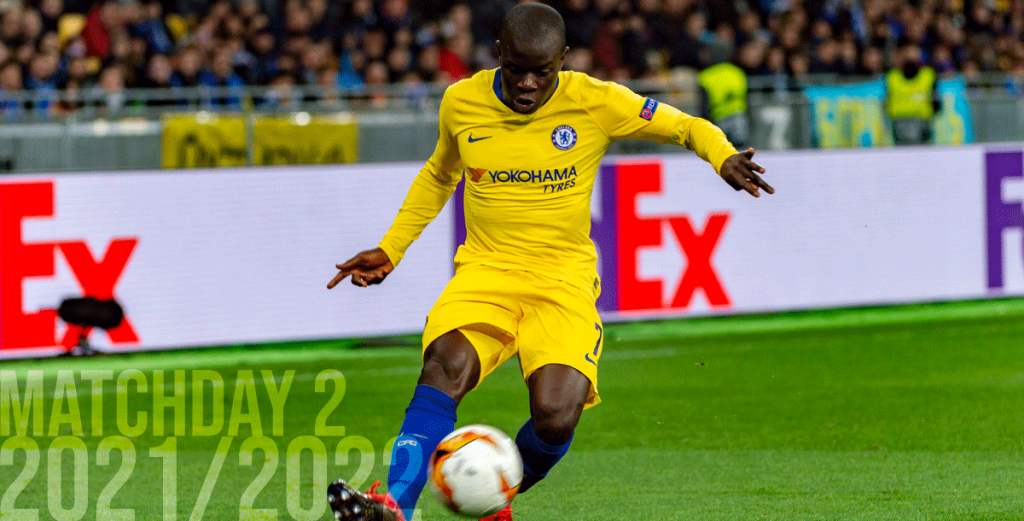 The second weekend of the English Premier League 2021/22 season is nearly with us. Here we give you all our tips, predictions, odds and news ahead of the weekend Premiership action to help you place your bets.

Reigning Premier League Champions Man. City lost to Tottenham Hotspur on the EPL 2021/22 matchday 1, despite Spurs not playing England striker Harry Kane who is trying to engineer a move to City.
On Saturday though City host Norwich and our prediction is that Man City will win as they are far too strong for the newly promoted East Anglian side, even if City do badly need a striker.

Despite a shaky pre-season, Manchester United looked excellent as they blasted Leeds aside in the second half of their Premier League 2021/22 opening game, with the sometimes brilliant but occasionally frustrating Paul Pogba in sensational form. Our prediction for the Premier League 21/22 matchday 2 game between Manchester United vs Southampton, is a victory for the red devils since the Saints’ defence still looks suspect to us, so consider a bet on Man Utd.

Chelsea thrashed Crystal Palace on the matchday 1 and, having re-signed Lukaku, are looking good already. Chelsea take on Arsenal in the London derby on Sunday, and after Arsenal’s loss to newly-promoted Brentford, the EagleBet tipster team is tipping Chelsea for an away win against the Gunners, as we are predicting a good season for Chelsea.

Liverpool beat Norwich 3-0 on the opening day, and we predict they will be way too strong for Burnley, who are struggling already, as EagleBet predicted.
These are all big clubs we have tipped for victory so far. As such there would be no great surprises if you won with these bets.
Are there any less expected Premiership bets to consider, with better odds? Well, as regular readers will know, EagleBet has been predicting success for newly promoted Brentford while tipping Crystal Palace for possible relegation.

Since these predictions Brentford scored a hugely impressive victory against Arsenal in their first top flight match since 1947 to kick off the Premier League season while Crystal Palace were beaten 3-0 at Chelsea.
Palace badly needed at least a point at home to Brentford but we would be tempted to make a cheeky bet on Brentford winning away. We predict they will have a good season.

There is also an intriguing game on Monday when West Ham host Leicester. Both won last time and both could have a decent season but West Ham were hugely impressive in their demolition of Newcastle and we are tipping the Hammers to take the three points against the Foxes.

We predict there is a really good chance of a draw – and potentially a high-scoring one – in the Villa v Newcastle match as these look evenly matched teams, decent going forwards but vulnerable at the back.
We are less confident predicting Leeds v Everton which could go any which way but Leeds were better than the 5-1 scoreline suggested from their opening match against Man Utd.
Brighton v Watford could be equally tight.

Here at EagleBet we have negotiated some fantastic welcome bonus offers for you, from big operators and smaller ones, too.
Use one of these deals at a bookie you have not yet signed up to by following one of the links we have provided, claim your welcome bonus and bet on the Premier League action this weekend.
Predictions, tips, news and odds for Sunday’s and Monday’s Premiership matches to follow.