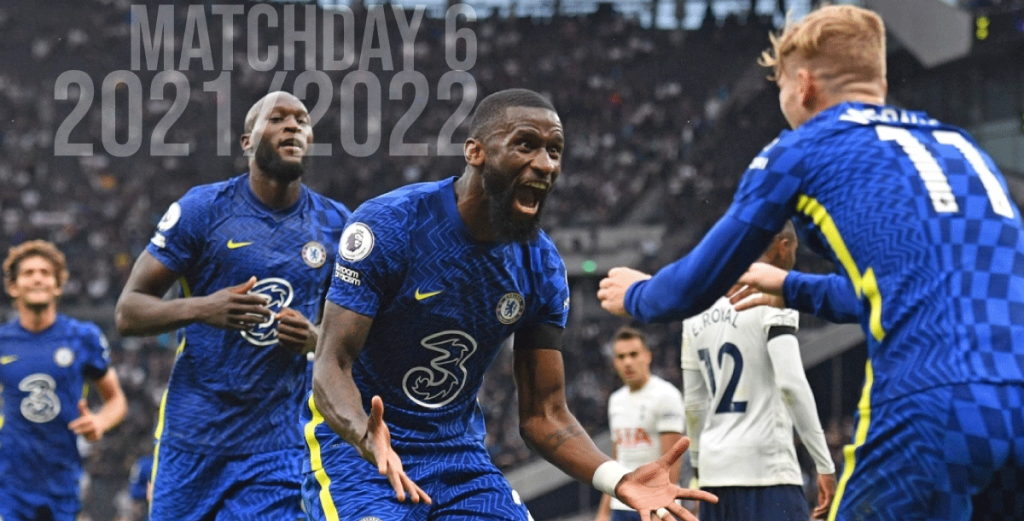 No prizes this weekend for guessing which is the top match in the Premier League and indeed in world football: Chelsea v Manchester City in Saturday’s early Premier League kick off, with an amazing odds boost possibility also making this betting opportunity of the day.

Not only is this a replay of the Champions League final but a fight between the Premier League’s two strongest teams. Even at this early stage of the season the Stamford Bridge showdown could have a big impact on the Premier League title race.

But there are also some great Premiership matches elsewhere with some seductive looking odds, such as surprise team Brighton and Sunday’s north London derby between Arsenal and Spurs – which is suddenly looking a whole lot more competitive than you would have predicted a couple of weeks ago.

As you have probably worked out by now, we really like the odds booster Chelsea match (please see our full analysis and explanation below) but there are some other great bets here, such as massively in-form Brighton at 2.66 as well as the under goals market in Leicester v Burnley and Southampton v Wolves. Oh, and at odds of 3.5, the draw between Leeds and West Ham has to be a serious option.

Not only should the standard of football between these two teams be exquisite, the odds on both could scarcely be poised more delicately. You almost want to bet on both teams to win.

For us, though, home advantage and form gives the edge to Chelsea, who are also EagleBet’s tip to win the Premier League.

And with the odds boost offer, Chelsea are simply irresistible value this weekend.
Chelsea’s form is just that bit better than City’s, having won their last two Premier League games 3-0.

Manchester City have been less consistent. An opening loss to Spurs was followed by two stunning 5-0 victories against weak opposition (Norwich, Arsenal) while last weekend they could only draw at home to Southampton (and the Saints well deserved their point). Before that they let in three against RB Leipzig in the Champions League (albeit scoring six in reply!).

Such up and down form is reflected in the early Premier League table, which sees Chelsea top (four wins, one draw) and Manchester City fifth (three wins, one draw, one defeat).

For context, City are one place and two points behind Brighton: we are not suggesting it will stay that way, naturally; simply that by their incredible standards, City’s start has been a bit average.

Although most bookies have Chelsea favourites by a tiny margin, the odds are shortening a tad on Chelsea and lengthening on City. But the betting has been very evenly split between these two giants, with the vast majority of punters favouring a win on one of these big beasts rather than a draw.

Whatever happens, there should be goals: Chelsea have scored 12 in 5, City 11; both teams have only conceded once in the League but their defences will be stretched in new and painful ways this weekend, not so much by strikers, we suspect, as by midfielders who are almost impossible to track and mark.

With 23 goals scored combined by these teams in the league, the over 2.5 goals bet is probably safer, at Premier League odds of 2.04 with Neo.Bet.

A better bet still is surely the Neo.Bet odds boost of Chelsea to win and for there to be over 2.5 goals in the match. Of course that requires more things to happen but given all we have said this is really quite a likely scenario and at odds of 5.5 we are also having a large personal wager on this one!

All that said, a City player to be first goal scorer is fairly generously priced (Raheem Sterling around odds of 9.00, Jesus around 8.00).

EagleBet tip: Bet on a home win as the bookies have priced this as virtually a 50/50 match (if you exclude the draw) whereas we see it more like 60/40 to Chelsea. However, this must be qualified by saying only a fool would discount City’s chances, they are simply too formidable for that.

Neo.Bet odds boost: Chelsea to win and over 2.5 goals in the match at Premier League odds of 5.5 – we are going big!

The draw here interests us.

Premier League form can be skewed by playing a “Big Four” side.
So Leeds lost their last home game 3-0, which looks bad, but then you consider that it was against a Liverpool team in irresistible form and you almost have to discount the match.

Similarly, West Ham were beaten 2-1 at home last week, but that was against Manchester United.
Sandwiched around that Liverpool loss, Leeds have drawn their last three Premiership matches while the Hammers drew their previous two league games prior to coming up against Cristiano Ronaldo.

West Ham are certainly a better side than Leeds, and it has to be said a lot of money is going on the London side.
But with home advantage, Leeds must be in with a decent chance of gaining a point here, and the odds look quite generous for the draw.

We did consider the draw no bet option on West Ham but the odds are not quite generous enough to risk it in our view.

EagleBet tip: Bet on a draw at juicy odds of 3.5 with Neo.Bet.

The under 2.5 goals market is worth thinking about in this match.
Things are starting to look a bit ominous for Burnley and even though Leicester are far from invincible, Leicester should win this, although the outright odds are too short to tempt us.

But Burnley have scored just three league goals all season and looked badly short of confidence in front of goal against Arsenal. Leicester are a bit better, but not by all that much, having scored five in the league.

Burnley have not scored more than once in the league this season while the only time Leicester have was against Norwich, who are by some distance the weakest team at this stage in the division.

EagleBet tip: Bet on under 2.5 goals at Premiership odds of 1.84

We are half tempted by Watford to win but we can’t ask you to risk your money on that.
We are, though, surprised by the first goalscorer odds.

Ismaila Sarr is looking better and better and now has three goas in five games.
Yet he is available at odds of 9.5 as first goalscorer.

For Newcastle, Allan Saint-Maximin has also been really impressing us and he also looks fairly generous at anything up to 11.00 for first goalscorer.

EagleBet tip: small bet on Sarr for first goalscorer anything around odds of 9.5.

Southampton are the Premier League draw specialists but do Wolves have enough to hold them? We can’t be confident of that.

Of more interest is the under 2.5 goals market.

Here are two teams that have managed just six goals between them all season.

The odds are not exactly great but it would be something of a surprise if these two could fashion more goals than that.
EagleBet Premier League Matchday 6 prediction: Home win (but a draw would be far from surprising)

Crazy to think that Arsenal would be level on points with Spurs if they beat their north London rivals.
A big “if” of course, but just a few short weeks ago Arsenal were bottom and Spurs top.

If Arsenal are not exactly popping Champagne corks after two wins against struggling sides, they do look much better – while the Spurs cockerel has certainly stopped crowing.

Spurs have now lost their last two league games 3-0, while star striker Harry Kane cut a frustrated figure as he looked on at the impressive way Chelsea cut through his team.

The Rise Of The Gunners

It is interesting how sentiment has changed given that Arsenal – who looked frankly clueless and indeed goalless the first few games – are now solid favourites for this at Premier League odds of 2.28, while Spurs are at odds of 3.25 at Neo.Bet.

We wouldn’t go big on this by any means as the jury is very much out on Arsenal. Spurs haven’t suddenly become a terrible team, and indeed they have some great players. However, our predictions stand: we are just half tempted to bet small on an Arsenal win, if only for shits and giggles.

EagleBet tip: Don’t go mad but a cheeky bet on Arsenal at Premier League odd of 2.28 is tempting, available with Neo.Bet

Brighton will not avoid gravitational forces eventually and will surely slip further down the league, we predict. But right now it is hard to argue with their form: they sit fourth in the Premier League table with 12 points from five games.
Their record away from home this season – including cups – is 100%.

Not all of those matches have been overwhelming and we should not exaggerate Brighton’s strengths.
Palace under Patrick Vieira have also looked a better team than many (us included, to be completely honest) gave them credit for.

They look much more likely to score (even against Liverpool they had a couple of really good chances) and generally seem a much better team going forward than under Roy Hodgson.

However, they are now more vulnerable at the back, especially at set plays, which could play into Brighton’s strengths.
We don’t want to discount Palace’s chances but our prediction is this: we think Brighton represent pretty decent value for an away win here.

EagleBet tip: We are attracted by odds of 2.66 for a team sitting 4th to win, albeit it is “only” Brighton and it is away from home (but remembering Brighton have been faultless on the road). A really nice bet this, available with Neo.Bet

Good luck on Matchday 6 of the Premier League – soar with winners here at EagleBet by coming back during the week to catch our latest odds and predictions.