Italian Serie A Predictions by The Secret Tipster

You are here: Home »  Blog » Italian Serie A Predictions by The Secret Tipster 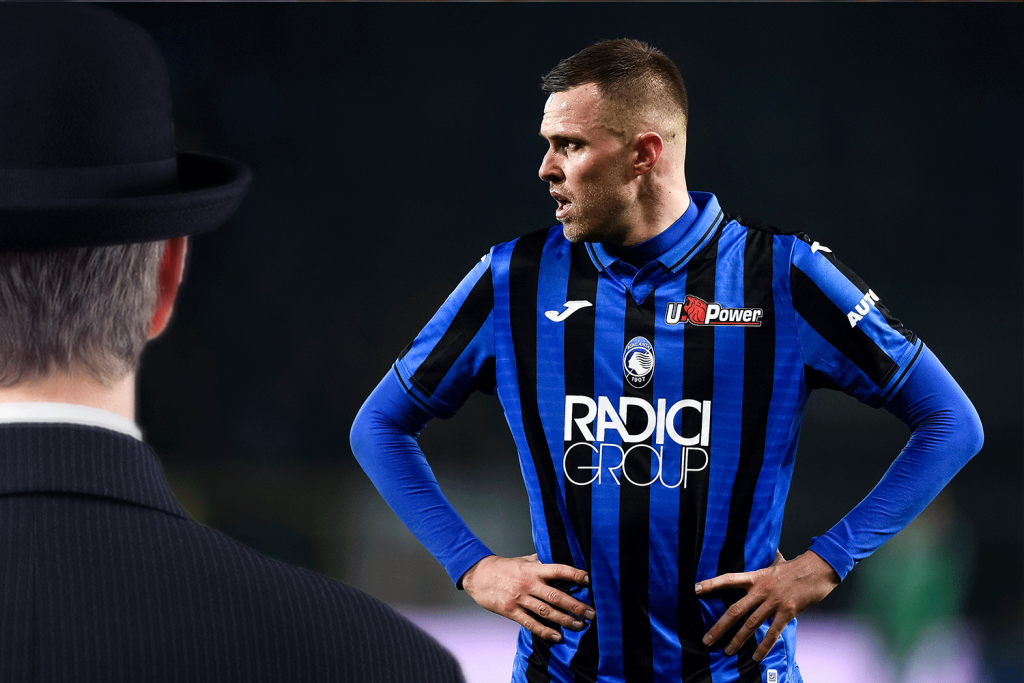 Our Secret Tipster returns with his most recent article since signing for EagleBet this summer. Feared by bookies, our Secret Tipster has made millions out of his personal betting.
He has also worked at an extremely senior level in the industry.
Writing exclusively for EagleBet, he gives you our valued customers his bets, tips and predictions and where to find value in the market.

Use the Secret Tipster’s expertise. For while there can be no certainties in betting, we hope you get rich like he has on the back of his brilliant betting tips. Only, of course, bet what you can afford.
He makes good money – soars with winners if you like – because he bets big. And he often does so where there is just the smallest of gaps that he sees opening in the market, where there is just a little more value than the bookies should have allowed.

Below the Secret Tipster gives you his personal, insider predictions and tips for the Italian top division, Serie A, for the new season. For background information please see EagleBet’s detailed Serie A season betting guide.

At the start of the last Serie A season I tipped Inter Milan to win at 3.00 (2/1) and they did the business comfortably, drawing clear of San Siro rivals AC Milan to win by 12 points over a 38 game season.
This year I couldn’t back Inter with counterfeit, even at the best price on offer of 5.00 (4/1). In fact, I think they should be more like 11.00 (10/1) shots in the outright market and even that might be a bit too generous. So I will not be betting on Inter.

Can Inter Win The Italian Serie A ? Keep Your Wallet Dry

Suning Group, the Chinese conglomerate that owns Inter, are enduring huge financial problems and have lots of companies chasing them to pay back loans. The Chinese government has got involved and has made it clear that none of the money should be used to prop up an Italian football club and that the Zhang family need to scale back on their ambitions.

As a result both Lukaku – who had only just pledged his future to the club – and Hakimi have been sold and I would not be surprised to see other highly valued players depart before the transfer window closes.
Antonio Conte has of course left too and been replaced by Inzhagi but he is apparently livid that his best players are being sold off and morale at the club must be pretty low right now. When a club is in this sort of turmoil it is almost impossible to turn it around and Dzeko would have to have some sort of a miracle season – at the age of 35 – for them to be realistic contenders and for me to tip them.
With Inter too short in the outright market – in my opinion – then it helps create value on all the other teams.

How About Juventus ? Winner Outright Odds

Juventus are the obvious market leaders at a best price of 1.91 (10/11). With Allegri back at the helm, you have to think that they will play better than they did under Pirlo.

Manuel Locatelli will add a lot to the midfield, where Juve looked weakest last season, and they will fancy resuming their title topping record…remember that running into last season they had won nine Scudettos in a row.

When they last had Allegri in charge they were very heavily odds on to take the title so in some respects 1.91 might be value. But given that they finished fourth last season – 13 points behind Inter – and that they have hardly improved their squad, it is a punchy move to bet the Bianconeri at the current odds.

Far more interesting to my mind is the side that finished third last season, Atalanta.

My player power ratings have them as a better side than Juventus (not by much but still ahead) and yet they can be bet at 7.00 (6/1) for the title. The loss of Romero to Spurs is a concern but otherwise they have remarkably held together most of their squad, given that they are basically a selling club who have an amazing track record as a feeder to the really big clubs of Europe.

Atalanta have been well bet in recent days from 8/1 (9.00) into the current price by some significant gambling shrewdies but I think there is still a shade of value in their price.

Will José Mourinho Lead AS Roma To Win The Serie A?

The other money in the Serie A has been for Roma, who have Mourinho in charge on the touchline. Love him or hate him, José usually has a good first season with a new club – and he has done well to land Tammy Abraham from Chelsea – but the Special One appears to be losing something of his magic and Roma are 15.00 (14/1) chances for a good reason: their squad isn’t good enough.

At the bottom of the table very few bookmakers are pricing up the relegation markets. A few good judges have backed Spezia to go down at 3.00 (2/1) but they are not 2.63 (13/8) and I think the value has gone.

I can definitely see Venezia struggling this season and if they play like they did against Frosonone in the first round of the Coppa Italia earlier this month then they may be relegated by March. At odds of 1.80 (⅘) with Paddy Power and Betfair and indeed similar odds with EagleBet betting partners, they would be my relegation picks.

But I won’t be investing my personal cash on this one.

It’s pretty easy, dear reader. Just claim one of the welcome bonuses being offered by partners of EagleBet, and use my tips and predictions to bet, be it on Serie A, Bundesliga or Premier League.
Good luck.