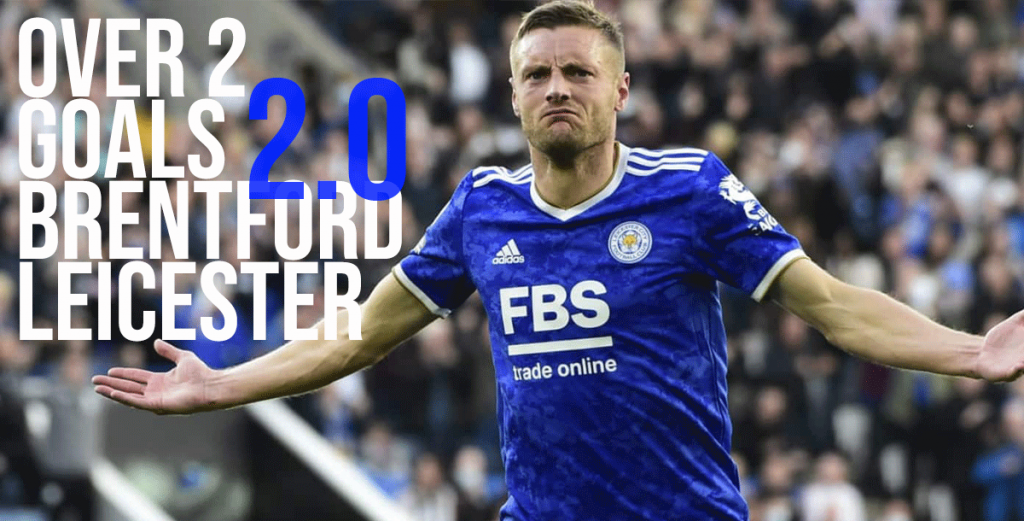 Welcome to the latest instalment of EagleBet’s award-winning Premier League predictions, odds and tips in our comprehensive betting guide. We hope you have already bet on our winning Premier League tips for Saturday’s games . Here we cover Sunday’s games, including the weekend’s sexiest match, Manchester United v Liverpool. Also the big London derby between West Ham and Harry Kane’s Tottenham, plus impressive Brentford against a tired Leicester after their long march back from Moscow. We hope you profit from Sunday’s matches with EagleBet’s Premier League betting guide containing predictions, tips and odds. Please see separate article for Saturday’s Premiership games.

Key match fact: Leicester had to play early Wednesday evening in Moscow in the Europa League – that significantly reduces their recovery time and increases injury risk. That is a horrendous midweek game. Bookies haven’t factored that into Leicester’s price, making Brentford good value.

We told you pre-season Brentford would shock the Premier League – and they have. Even against Chelsea last time they almost got something: the Bees had 1.88 Expected Goals (xG) to Chelsea’s 0.28, which is nuts. When Thomas Frank became manager in October 2018, he secured just four points out of 30, but his job was safe because Brentford follow a statistical analysis which showed results would follow. And so it proved.

Brentford keep it tight typically but Leicester attack, so they score (13) but their injury-hit defence leaks (14). Watch Brentford’s Bryan Mbuemo: in eight Premiership games, he has scored twice but hit the woodwork six times. His luck will turn.

Leicester are improving but remain vulnerable defensively – and are tired.

EagleBet tip: We like Brentford draw no bet at 1.92. We know Leicester have attacking threat but we can’t see them beating Brentford. Mbuemo any time scorer at Premier League odds of 3.75 tempts. Over two goals at 2.00 is also good value with Toney, Vardy etc playing.

West Ham have four wins in five, Spurs three. Spurs have moved up to 5th (after a poor run), the Hammers are 7th. The Hammers were also in Europa League action on Wednesday, but were at home so shouldn’t be as fatigued as Leicester. We predict a draw but are not confident as it could easily go three ways between two well-matched, exciting teams. If you do want a bet, the draw is by far the best value at Premier League odds of 3.6.

Harry Kane is finally looking the great striker we know he is, so him anytime scorer (odds of 2.55) is nice, as is Antonio (2.75) – five Premiership goals this season.

EagleBet tip: Draw. We thought about the over 2.5 goals as both teams are potent, but the odds are just 1.84. Consider a small bet on anytime goal scorer (see above).

Wow, what a match between two great clubs. Plus Ronaldo v Salah, and Solskjaer v Klopp.

A few pointers. First, Liverpool have had an extra day’s recovery but had to travel back from Spain after Tuesday’s win over Atletico Madrid (a result predicted by EagleBet!). United played a day later but were at home against Atalanta.

Secondly, Liverpool are full of confidence. United’s manager admits he is under pressure with United down to sixth, got involved in a pointless row about Marcus Rashford’s political campaigning, and knows he also faces Spurs and Man City after this.

It’s a reflection of how inconsistent United have become that they are 3.15 at home. Liverpool are clear favourites for a reason but we are cautious about betting on them away because United should play like their lives depend on it against these great rivals.

EagleBet tip: Mo Salah anytime goal scorer at 2.4 is great value when he has scored 7 Prem goals this season

There are always new welcome bonuses at EagleBet. Use a bookie’s cash to bet by signing up now. Read our Premier League betting guide and use our predictions to bet on great odds and win big with a big new welcome bonus.