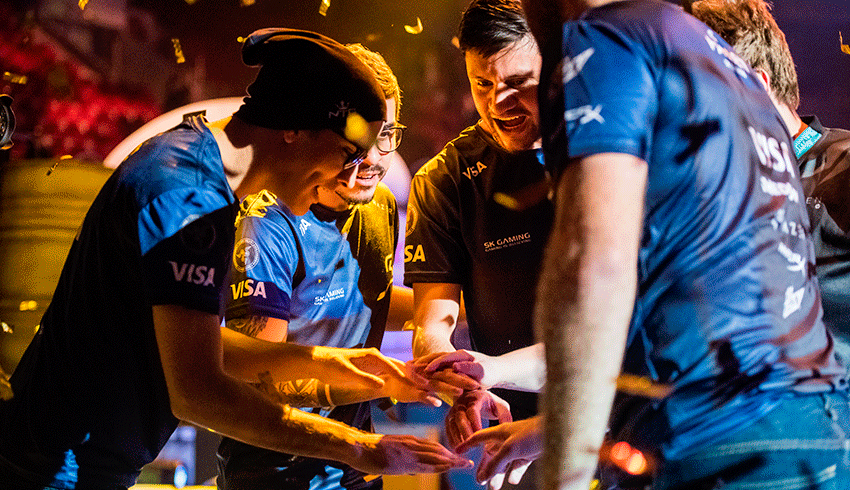 Gaming may have been a hobby for most when growing up, however, eSports is not one for people looking to just have fun for a few hours now. The industry is booming and has become one of the most lucrative ways to earn serious money whilst enjoying a pastime and some top games.

Prize money can be in the millions, making it an extremely competitive sport for those involved, whilst the excitement it brings can provide a lot of interest from those looking in.

EagleBet has taken a look at the top 10 highest earners from the sport and one thing that has been the common theme is that each player has earned their fair share of winnings from playing Dota 2, which is a multiplayer online battle arena video game developed and published by Valve.

Here they are in descending order…

Sumail Hassan is, perhaps, the youngest eSports player to have amassed a small fortune worth millions. Having been born in February 1999, the Pakistan-born player comes into the list as the tenth wealthiest having amassed $3,591,255 (approximately €3,180,494)

Lebanese eSports player, Maroun Merhej, has gained notoriety through the years after winning various qualifiers and matchmaking competitions. Having won The International 2017 with eSports behemoths Team Liquid, a share of the $10m prize money he received parachuted him into the top 10 highest earners, putting his estimated winning at just over $4m ($4,086,426/ €3,619,028).

Bulgarian Ivan Ivanov is believed to be the eighth highest earner from this lucrative business, having amassed an incredible $4,483,493 (€3,970,679) since becoming a professional player in 2014 after competing in online tournaments. As Merhej, he is also a Team Liquid member.

Amer Barqaw, who hails from Jordan and has dual citizenship with Poland, plays under the Player ID tag Miracle- and perhaps the 1997-born youngster will think his eSports career has been nothing but exactly that. Another Team Liquid member, Barqaw made his name by tearing up the European gaming leagues before being acquired in 2016. His latest estimated winnings is thought to be around $4,692,418 (€4,155,708).

Kuro Takasomi, who suffers from a disability that affects his legs and his ability to freely move, has amassed himself a fortune of around $5,128,788 (€4,542,166) as a professional Dota 2 player. KuroKy has revealed that the disability he suffers from was the reason he got into gaming to begin with. As all the aforementioned eSports players, the German is also a member of Team Liquid.

The third Scandinavian, and the second Finn, to be on the list inside the top five is Topias Taavitsainen, more commonly known as Topson in the eSports arena. He is believed to have earned around $5,414,446 (€4,795,151) so far, although the majority of that will undoubtedly have come from his remarkable achievement of winning The International twice in a row as part of the Red Bull-partnered team OG – in 2018 and 2019.

One of Topson’s OG teammates, Sebastien Debs is believed to be ranked fourth in the leaderboard regarding eSports’ highest earnings. Having amassed a fortune of $5,489,233 (€4,861,384) via a number of wins in some of the biggest tournaments, it perhaps is not a surprise that Ceb has also helped to coach other players for OG as well.

Australia is represented in the list of leading earners within eSports gaming, with Anathan Pham placed as the third-highest. Playing under the ID ‘Ana’, the 1999-born gamer has managed to amass just a shade over $6m ($6,000,411/ €5,314,095) since 2013 playing professionally for OG in a HardCarry role – which is where a player has been assigned the role to lead the team to victory.

The best eSports gamer from Finland (based on earnings), Jesse Vainikka takes second place in the list, although it is unlikely that he will be adding much more to his estimated $6,700,000 (€5,933,666) in the near future. The gamer, known as JerAx, decided to retire at the age of 27 at the beginning of 2020 after he decided he needed to pursue a new career having earned a name for himself as a member of Team Liquid, OG and on his own.

The eSports gamer to have amassed the biggest fortune via tournament wins is Denmark’s Johan Sunstein, who is perhaps better known by his Player ID ‘n0tail’. The Scandanavian is the captain for OG’s Dota 2 team after impressive performances since turning professional back in 2012. With earnings of $6,890,591 (€6,102,458), he is streaks ahead of the closest active player on the list.

Interested? Find out with EagleBet, how you can bet on them.