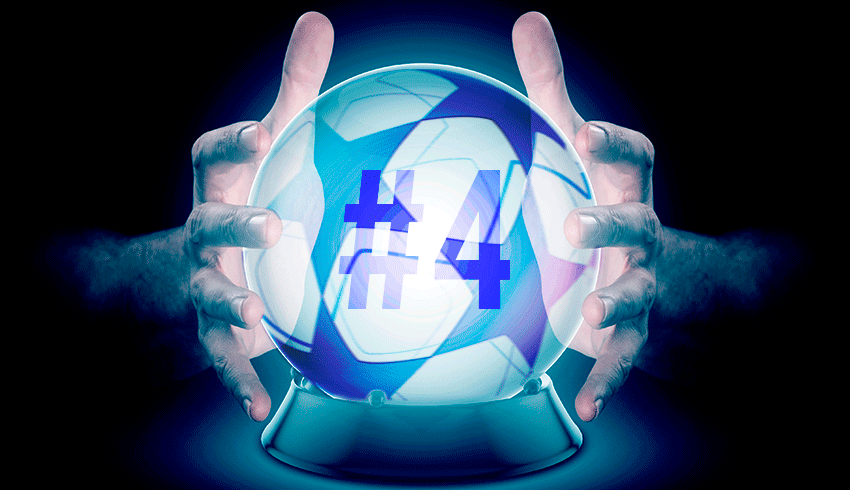 Following the return to club football because of the latest international break, a number of UEFA Champions League 2020/21 teams will be looking forward to getting back on the pitch on Tuesday and Wednesday night as they look to push and achieve some of their main aims for the football competition.

Indeed, the Champions League has already started to shape up nicely, with some teams looking to book their place in the knockout stages of the football competition whilst there will be a few clubs that are looking to keep their hopes alive and not be sent home prematurely.

State Of Play After Matchday 3 Of The Champions League

Following the third matchday, the likes of Bayern Munich, Manchester City, Liverpool and Barcelona are already in the position to claim their place in the next stage of the UCL 20/21 as they have won all three games to have happened already.

Other clubs such as Chelsea and Sevilla will both look to qualify for the knockout stages of the Champions League as well as they look to extend their unbeaten records in Group E and pull out of reach of both FC Krasnodar and Stade Rennais.

Atlético Madrid, Real Madrid, Inter Milan and Paris Saint-Germain all need to try and pick up 3 points to keep themselves in the race to reach the latter stages of the UCL 20/21, though, which makes matchday 4 even more interesting.

Taking a look at the latest odds to have been made available to bet on the 20/21 UEFA Champions League, Bayern Munich remains strong outright favourites to retain their title, although Manchester City are thought to be the closest challengers to the Germans. Indeed, the Citizens may have been buoyed by the fact that Pep Guardiola has recently signed a new contract to remain at the Premier League club.

Liverpool still remains in contention, although the injuries Jurgen Klopp’s side have picked up could make them an interesting outside bet whilst the rest of the contenders appear to have less of a chance than the Reds of winning the 20/21 UEFA Champions League.

However, these are the 20 football matches to be played on Tuesday and Wednesday. Check them out below.

With a few top fixtures to take place on matchday 4 in the next few days, there are a number of opportunities in which football bettors can look to get in on the action and try to win some extra cash.

EagleBet Sportsbook provides bettors with some of the best odds on a huge number of available betting markets to prior and live during the UEFA Champions League matches therefore providing bettors with unrivalled betting experiences.

Making Champions League 20/21 matchday 4 predictions is one popular bet among our members and here are some of the best predictions that we think have a great chance of happening across the period.

With each team having already played each other in the 20/21 UEFA Champions League, contests could either be a lot closer than they were previously, or they could be a lot more open as scenarios for certain football clubs may have since changed from the previous matchday.

Manchester United Must win Against Istanbul Basaksehir. One of the shock results of Champions League matchday 3 was Manchester United’s defeat to Istanbul Basaksehir as the English side simply appeared to forget how to defend and were left vulnerable at the back; something the Turkish football team took advantage of. With a qualification in Group H firmly in the balance, the Red Devils need to ensure they win this Champions League game and put themselves in a good position as they head into games against PSG and RB Leipzig. With their backs up against the wall, Ole Gunnar Solskjaer’s side will win this game 2-1, a bet that EagleBet has done as one of the most favoured final results.

Chelsea is yet to concede in the football competition to date and with a trip back to Edouard Mendy’s former home against Stade Rennais on Tuesday, a good bet to be placed with EagleBet is a UEFA Champions League 2020/21 matchday 4 prediction that Edouard Mendy will help Chelsea to keep a clean sheet once again. Frank Lampard’s side already has favourable odds heading into the game and these will likely continue to dwindle as kick-off approaches. Another 3-0 win could be on the cards.

Inter vs Real Madrid is perhaps the tie of the week and punters looking to place a bet could look to make one of their UEFA Champions League 2020/21 matchday 4 predictions based on this football game. The Spaniards managed to finally get their UCL campaign off the ground with a 3-2 victory at their stadium and fans could potentially see another goal-fest at the San Siro this time around as both football teams continue to need 3 points. A great bet that can be found at EagleBet that has a fair chance of proving correct is the ‘Real Madrid to win and both teams to score’ market.