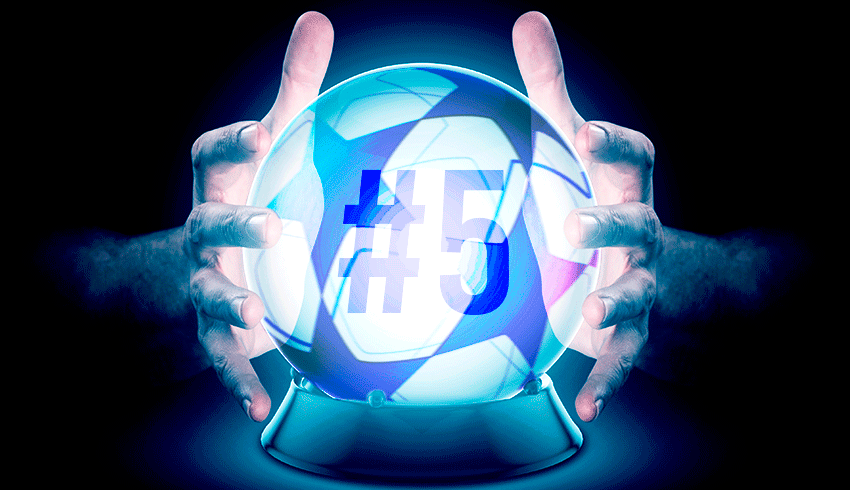 Matchday 5 of the 2020/21 UEFA Champions League could be a real make-or-break moment for a number of different teams still competing in the European football competition.

Whilst a number of sides managed to book their place in the next stage of Europe’s biggest football club competition in the last matchday, matchday 5 could be one of the most important fixtures for many others looking to progress in the UCL 20/21.

As mentioned, a number of football teams in the UCL 20/21 managed to seal their place in the next round and have taken most of the pressure from their shoulders for the final two games of the Champions League’s group stage.

Bayern Munich, Manchester City, Chelsea, Sevilla, Barcelona and Juventus have each qualified for the knockout phase of the UEFA Champions League 20/21, thus already providing the ingredients for a hugely exciting latter stage of the football tournament.

The likes of Liverpool, Real Madrid, Inter Milan, Manchester United, Paris Saint-Germain, Atlético Madrid and Borussia Dortmund still have their work cut out for them. Each of the football teams still requires to pick up at least an important 3 points from their next 2 games to ensure they have a chance of making the next stage of the Champions League edition of 2020/2021.

Having sealed qualification already, EagleBet Sports still have the current Champions, Bayern Munich, as strong outright favourites to win the UCL 20/21, whilst Manchester City continue to remain in the hunt as second-favourites amongst the sportsbook.

In addition, despite their defeat to Atalanta in the Champions League 20/21 matchday 4, Liverpool remains a rather appealing price to win the UCL 20/21 edition of the football competition.

The 20 matches to be played in UCL 20/21 matchday 5 consists of the following:

With the additional pressure of qualifying being on the shoulders of many of the top football clubs, there are a number of fixtures that could have serious implications on the future of those teams in the UEFA Champions League 20/21.

Indeed, EagleBet Sportsbook continues to provide punters with the best UEFA Champions League odds available on a plethora of sports betting markets, thus providing them with an experience that is difficult to match.

Here are just some of our UEFA Champions League 2020/21 Matchday 5 predictions for the upcoming fixtures:

The pressure will certainly be on Zinedine Zidane in the UCL matchday 5 as Real Madrid continue to stumble throughout the 2020/21 campaign in all football competitions as they continue to produce poor performances that provide poor results. Their Champions League match against Shakhtar Donetsk could not, arguably, come at a worse time, however with the Spanish club up against the wall, now is the time for one of the most successful football teams in the UCL to finally get things going. Despite having been beaten by the Ukrainian outfit in the opener, Real Madrid are heavily favoured by EagleBet and should be backed to win this 20/21 Champions League game 2-1 as there is some value in the bet.

Surprisingly, the odds for Bayern Munich to win at the Wanda Metropolitano for the matchday 5 of the UCL 20/21 appear to be a little longer than they perhaps should be. Indeed, the Bundesliga champions have already progressed to the next stage of the UEFA Champions League 20/21, however, it would be unlike Hans-Dieter Flick to let his side take their foot off the gas. Of course, Atlético Madrid has everything to play for in this UCL game as their qualification hopes still remain in the balance, however, Bayern should still overpower them – not to the same extent as their 4-0 win in the first contest – with a 2-1 victory.

Arguably the tie of UEFA Champions League 20/21 matchday 5, Manchester United vs Paris Saint-Germain will likely attract football fans from all across the world as the two powerhouses of European football go up against each other in a fixture that will help either side’s chances of progressing into the knockout stage of the competition. Due to the tense occasion, there may only be a goal in it and our 5th matchday of the Champions League 20/21 prediction would be to see PSG to win and both teams to score.

Check EagleBet Sportsbook for more top football sports betting tips and predictions with the Champions League edition of 20/21 being the main football tournament for all sports bettors.