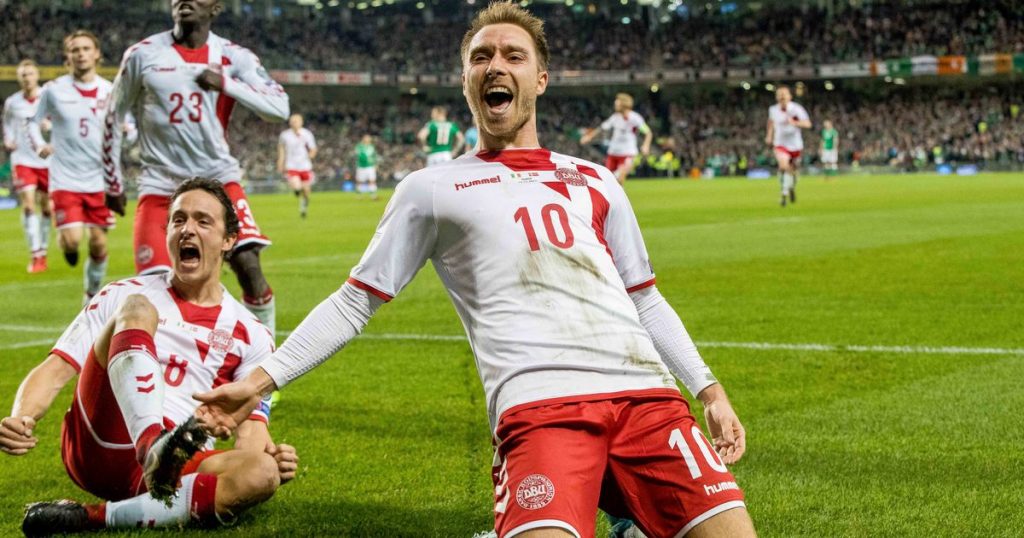 France, Belgium, and England are among the international football teams competing on the 13th and 14th of June, and as always, we have you covered with our expert betting predictions.

The Eagle’s betting guides have long brought success to happy punters. Make sure to sign up for our newsletter containing our free tips and predictions.

Then claim a welcome bonus from one of our betting partners and then bet on one of the expert predictions from our pro tipsters and enjoy the international football action.

Where will France v Croatia Play?

When is the kick-off time for France v Croatia?

Where can I watch France v Croatia?

France is GROUP 1’s biggest disappointment. They are now in the last position with only two points, have yet to win, and if they suffer another loss, their hopes of making the playoffs will be dashed. The defending world champions will be considered a big failure if they finish last and are demoted to LIGA B.

Croatia has rebounded from a 3-0 loss to Austria in their first match and currently has four points. The victory over Denmark away from home demonstrated that the squad still can adapt and play at a high level with the greatest teams in the world. Croatia has a chance to grab the lead in GROUP 1 if they win and Denmark loses.

Croatia and France tied 1-1 in the first leg, with the French fielding a backup squad. France is considered the favorite; however, they have struggled in Nations League games to overcome unfavorable handicaps.

Where will Denmark v Austria Play?

When is the kick-off time for Denmark v Austria?

Where can I watch Denmark v Austria?

Denmark was beaten 1-0 at home by Croatia in the last round. As a result of this outcome, GROUP 1 is now open, with all selections having a chance to qualify for the playoffs.

Denmark defeated Austria 2-1 in the first leg, and they now have everything they need to duplicate that performance and win the match. The home advantage will be crucial. Before losing to Croatia, Denmark had won their previous five games and had gone a year without losing.

The major surprise for GROUP 1 is Austria. A strong candidate to be relegated to LIGA B before the start of the Nations League, they are in second place with 4 points, and in case of victory, they will take the lead in a difficult group.

They didn’t beat France in the last round, according to the facts, demonstrating their capacity to compete and provide challenges to their opponents. Austria hasn’t beaten Denmark since 2010, and the Danes have won all four games since then. Denmark scored nine goals, whilst Austria only had one.

Betting Prediction: Demark to win at nice odds of 1.85 with Cyber Bet.

Where will Poland v Belgium Play?

When is the kick-off time for Poland v Belgium?

Where can I watch Poland v Belgium?

Poland had a significant result in the last round, drawing with Netherlands away from home and keeping the squad in contention for a playoff spot. The objective will be difficult; Belgium has already racked up a 6-1 victory in the first leg and is the favorite to win this match. The defense has to improve after allowing nine goals in three games, while the offense scored five.

With the Netherlands’ error, Belgium lost the chance to seize the lead in GROUP 4. The victory eluded them in the 86th minute of their play against Wales when they were held to a draw. If the attacking system continues to play as well as it has so far (8 goals in three games), they will be a strong contender for three points in the upcoming game.

Where will England v Hungary Play?

When is the kick-off time for England v Hungary?

Where can I watch England v Hungary?

Last in GROUP 3, England has to win their next encounter to halt a run of negative results in the Nations League, which has included three games with two draws and one defeat so far. Their recent home form has been fantastic; they haven’t lost since October 2010, and in that time, they have won 12 games and drawn four.

Hungary is the team that has given and taken the most money from gamblers worldwide, depending on whose side you are on. So far, they’ve met all the positive handicaps and produced spectacular successes, such as defeating England in the competition’s inaugural match. However, in the last round, they were defeated by Italy 2-1 and drew with Germany.

England holds a significant lead in the series history, with seven victories out of ten games. However, they haven’t won in the past two games. On the other hand, Hungary has had some substantial successes recently, including draws against France and Germany in the Euro Cup and victories and draws versus England in the past two games.