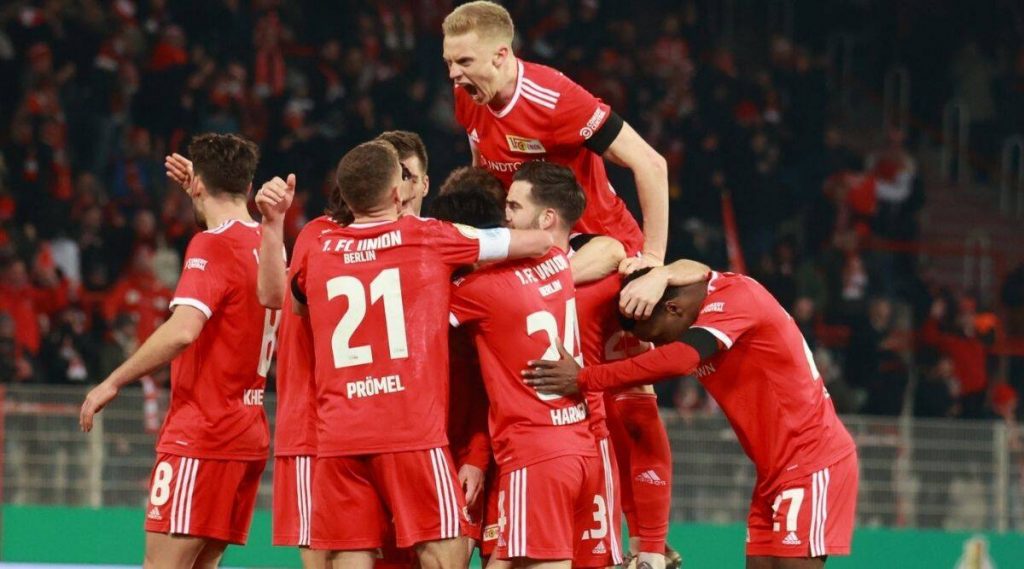 What are Union Berlin Odds against Köln?

What was Union Berlin Performance in the last 5 Bundesliga matches?

Union Berlin is going through its worst spell of the season by a long margin having collected a meagre 4 points off the past 7 fixtures.
Manager Urs Fischer does not have any major injury-concerns therefore he should set his side out in their regular 3-5-2 formation.

Andreas Luthe will stand between the posts with Robin Knoche, Timo Baumgartl and Paul Jaeckel forming the 3-man backline.

Union is struggling defensively at the moment and is yet to keep a clean-sheet in the Bundesliga since the turn of the year.

In middle of the park, Rani Khedira will act as the enforcer protecting the defence while Genki Haraguchi and Grischa Prömel should to be the two central-midfielders alongside him.

Julian Ryerson is expected to continue on the right-wing with NikoGießelmann starting down the left-flank. Sheraldo Becker will be strike-partner for their influential centre-forward Taiwo Awoniyi.

What are Köln Odds against Union Berlin?

What was Köln Performance in the last 5 Bundesliga matches?

German Bundesliga football team Köln has shown reasonably steady form over the past few months having collected 15 points from its past 10 league-fixtures since the turn of the year.

Steffen Baumgart will quite possibly continue with the 4-1-3-2 system although he has quite a few key absentees to contend with. Marvin Schwäbe is the goalkeeper of the side with Luca Killian and Rafael Czichos as the first-choice centre-back partnership.

Benno Schmitz picked up a knock in the last match while Jonas Hector is sidelined with Covid so Kingsley Ehizibue and Jannes Horn should be the respective replacements.

Ellyes Skhiri is ruled out with a thigh-strain while Louis Schaub and Florian Kainz will be missing due to Covid. Therefore Salih Özcan will act as the anchorman in the centre with Dejan Ljubicic and Kingsley Schindler likely to be the two midfielders around him.

Ondrej Duda is suspended so Mark Uth will take the no.10 spot behind the two strikers Sebatian Andersson and Anthony Modeste.

Bundesliga Matchday 28 Betting Tip – Union Berlin averages less than 1.5 goals per game at home and has failed to open its account in 5 of its previous 7 league-matches as well.

Köln averages about a goal per game on the road and has not scored more than 1 goal in any of its last 7 league-matches.

Both Halves Under 1.5 Goals: Yes

Bundesliga Matchday 28 Betting Tip – Union Berlin is not considered to be a particularly attack-minded team and has scored just 4 times in its last 7 league-matches.

Köln is not a high-scoring side either and has produced a meagre 6 goals in its previous 7 Bundesliga games while keeping 3 clean-sheets in this spell.

Bundesliga Matchday 28 Betting Tip – Union Berlin has scored 4 goals and conceded 6 times during the 2nd half of its previous 9 league-matches.

Köln has scored 4 goals and also allowed the opposition to score 4 goals during the 2nd half of its past 9 league-matches.

Union Berlin is struggling to produce anything of note as an attacking-unit and Köln might just do enough to eke out a narrow victory in the end.