You are here: Home »  Blog » The Ballon D’or Winner 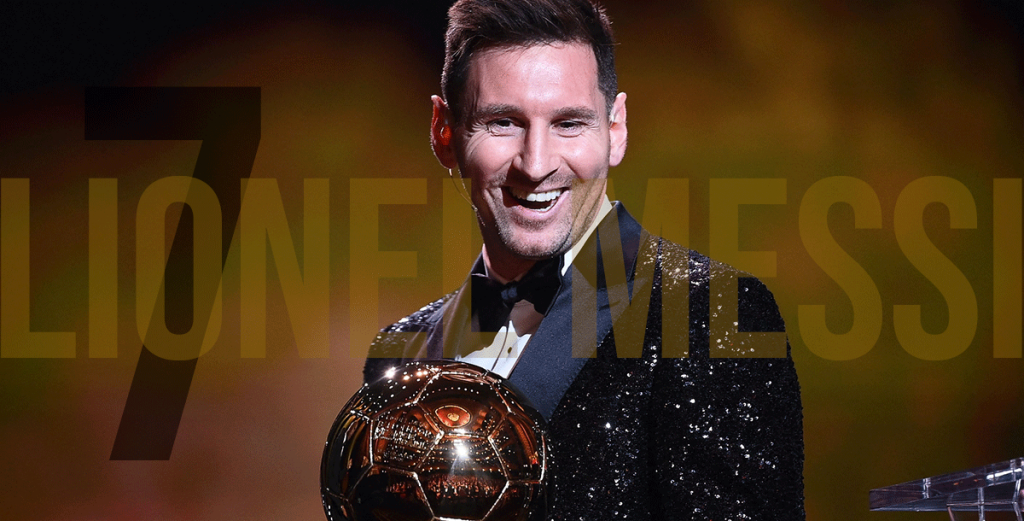 Lionel Messi (34) receives the Golden Ball in Paris, awarded by the French newspaper “France Football” since 1956.

From a German point of view, we would have liked Lewandowski to win the Ballon d’Or. Even Messi admits:

“I’d like to mention Robert, it’s been a real honour to compete with him. I think France Football should award you your 2020 Ballon d’Or, you deserved it.”

EagleBet, the home of Ballon d’Or betting, has already predicted Messi as the winner of the Ballon d’Or in previous articles and we congratulate him on his 7th Ballon d`or, even if we think Lewandowski was unlucky. The winner came forward via social media immediately after the vote:

“Although I always put the collective before me, I cannot hide my joy because I was able to get another Golden Ballon.“

In doing so, he once again thanked his clubs, FC Barcelona, PSG and, of course, the Argentina team.

Robert Lewandowski will certainly be disappointed with the outcome of the Ballon d’Or vote, as both he and his club FC Bayern München had firmly assumed that the Bundesliga star would take home the coveted prize.

In addition to his family, Oliver Kahn (Chairman of the Board), Hasan Salihamidzic (Sports Director) and Julian Nagelsmann (Coach) also travelled to Paris to support their Polish and German Bundesliga superstar.

Even though he lost the Ballon d’Or vote by a narrow margin – and disappointed a lot of punters who bet on the Ballon d’Or going to Bayern man –  Lewandowski showed his respect for Messi’s performance and publicly congratulated him on winning his seventh Ballon d’Or.

As a consolation for all Lewandowski fans – he won the trophy for “Scorer of the Year”, which was awarded alongside the “Team of the Year” for the first time at a Ballon d’Or award ceremony.

Shortly before the start of the ceremony at the Theatre du Chatelet, he posts against Ballon d’Or initiator Pascal Ferre:

“Pascal Ferré lied, he used my name to promote himself and the publication he works for. It is unacceptable that the person responsible for awarding such a prestigious prize should lie in this way. In total disrespect to someone who has always respected France Football and the Ballon d’Or,”

Earlier, the editor-in-chief of France Football magazine had claimed that Ronaldo had spoken to him personally about the award.

“Ronaldo has only one goal and that is to finish with more Ballon d’Or victories than Messi. I know that because he told me,”

Ferré to the New York Times

Cristiano Ronaldo is not in the top 3 of the Ballon d’Or rankings for the first time since 2010, finishing only 6th this year.

Soar with the winners on EagleBet

Stay informed about what’s going on in the world of football betting in the Bundesliga, Premier League and of course the Ballon d’Or with EagleBet and use our pro tips and predictions to place your winning bets with one of our partners.

Sign up to our free newsletter with winning tips and predictions.