Why Darts Got So Popular During Coronavirus Lockdown?

You are here: Home »  Blog » Why Darts Got So Popular During Coronavirus Lockdown? 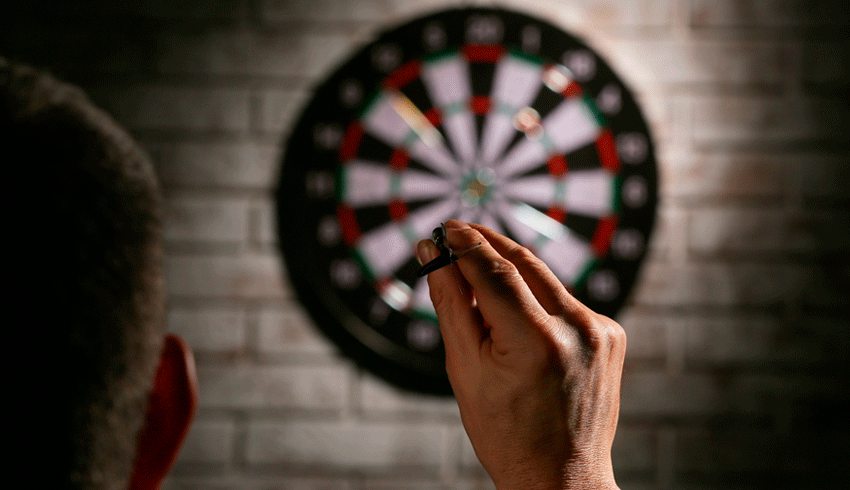 Darts made the most of a bad situation

Whilst the novel Coronavirus may have put a temporary pause to all major events from music, entertainment and sport, one such sport had managed to make the most of the imposed lockdowns from governments and thrive upon it.

Darts may not be at the top of everyone’s list when thinking about sports, however, it is one that certainly can still be played, despite the restrictions that were in place.

All players needed was a set of darts, a dartboard, a space in which is big enough to play as well as an internet connection with some form of a video device to stream the action. With just those few things, it was rather easy to keep the action going as close to normal as reality would allow them to.

The revolutionary PDC Home Tour featured 43 nights of darting entertainment with over 130 PDC Tour Card Holders, including female stars such as Lisa Ashton, locking horns from their respective homes around the world, with some of the biggest names having to play their matches against each other virtually from their living rooms, for example.

Luke Woodhouse perhaps made a huge name for himself as he hit a nine-dart finish in his kitchen against Gerwyn Price, which helped to make the tournament be remembered for something other than being one impacted because of the Coronavirus.

Nathan Aspinall edged out Gary Anderson, Jelle Klaasen and Jonny Clayton to be named the champion.

Matches stayed following the same traditional formats that players and followers of the sport were accustomed to, with contests being played as a best-of-nine system. With groups being used, players who finished top would advance to the Play-Off Phase and compete in group action once again, with the eight winners of those four groups advancing to a semi-final group before the top two of those groups battle it out to be the winner from a final group of four. All group matches were played on the same day, therefore fans would be able to witness six matches every day.

Of course, fans and the pantomime atmosphere with the characters some darts professionals play when on the oche is a massive part of the sport, as well as the expensive sub-standard food and alcohol, however, fans still tuned into the action in their masses.

The fact that almost every other sport had been postponed to a later date left many sports enthusiasts with a huge void to fill in their lives. Where and when were sports fans going to get the buzz, adrenaline and excitement that live sport provides them when there is no action to get behind? Darts helped to fill that void.

Indeed, PDC chief Barry Hearne, who has been a hugely successful businessman with his Matchroom operations over the years, has been incredibly innovative over the years and he continued to be in fine form once again. He recognised that there would still be hunger that fans would have for sports that needed to be filled, and whilst admitting it may not have been the best quality, it was something that satisfied those needs.

“We suddenly went from being shut down to 43 days of Darts At Home which wasn’t the greatest quality, but you know what – it was a sandwich to a starving man to sports fans around the world, and it went all around the world,” he said.

The fact that it was also free to stream and watch, perhaps also helped to make it as popular as it became. Or maybe because the news had become so depressive or that everyone had been Netflix’ed out helped to take people’s minds off of the current situation – something Peter ‘Snakebite’ Wright alluded to.

EagleBet believes Darts remains as popular as it has during lockdown now other sports are returning back to the fold remains to be seen, however, it certainly made its mark and will likely have a number of new followers.