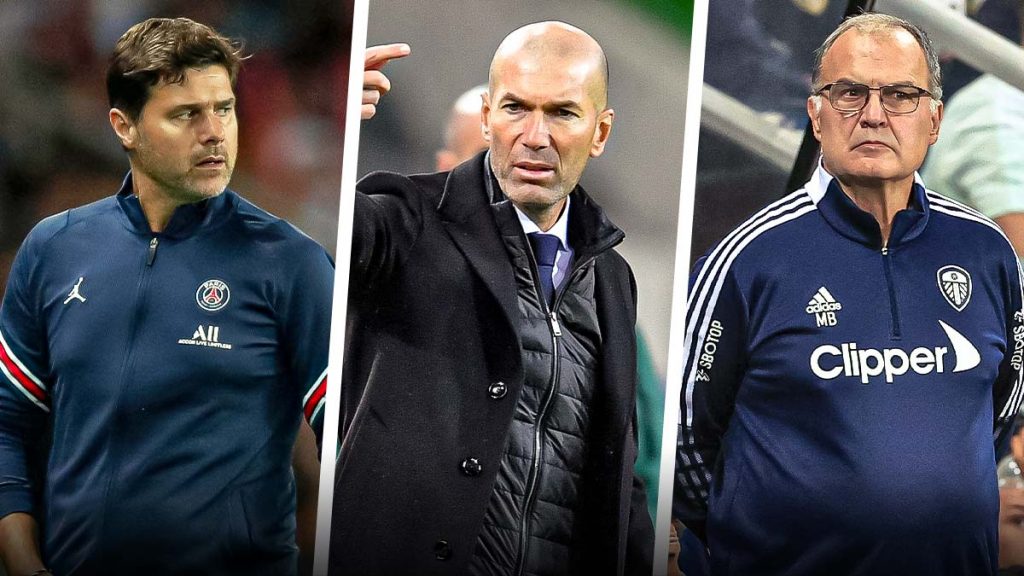 The dugout can be a cruel place, with even the best football managers often just a few poor performances away from being fired.

This may help to explain why many of the best football managers frequently take a mid-season break while the other coaches toil away on the sidelines.

The 2022/23 season is no exception to that trend. More than a few best football managers in the world are currently unemployed and are waiting for a chairman’s text.

Following his resignation as Spain’s manager following their World Cup elimination, Luis Enrique has appeared on the radar of elite clubs.

La Roja had a terrible campaign in Qatar and were defeated in the last 16 by Morocco, with Enrique admitting that he is now looking for a fresh challenge where he would be given more time to implement his plans.

Having won the Champions League and two La Liga titles before departing the Nou Camp in 2017, Enrique had a tremendously successful three-year tenure as Barcelona’s manager before transitioning into international management.

He guided the Catalans to a continental treble in the 2014–15 season and is a safe bet to take charge of a European powerhouse – and is said to be on Atletico Madrid’s shortlist.

It may be claimed that Andre Villas-Boas, one of the best soccer coaches of all time, is still attempting to re-establish his image after those two disappointing stints at Chelsea and Tottenham, having traveled to Russia and China to avoid the intense glare of Europe’s top five leagues before returning to Marseille in 2019.

His tenure as OM manager ended acrimoniously owing to off-the-field disagreements, but Les Phoceens were a fiercely well-oiled machine on the field. The polarizing Portuguese coach led them to the Champions League for the first time in six years and ended the club’s nine-year wait for a Le Classique victory over rivals PSG. Jorge Sampaoli would eventually succeed him.

The 45-year-old eyes an international job, with Portugal being a viable option, before the 2026 World Cup before he would consider early retirement from manager.

Benitez has over three decades of managing expertise and a long list of accomplishments.

In the early 2000s, he won two league championships with Valencia in Spain. In 2005, he masterminded the “Miracle in Istanbul,” in which Liverpool overcame a three-goal deficit to defeat AC Milan and win the Champions League.

He went on to enjoy more success in Italy with Napoli, and he won the Europa League with Chelsea in 2013.

His most recent job at Everton was a disaster, as he failed to win over the supporters owing to his ties to Liverpool, and the results swiftly deteriorated. He has been unemployed for eight months since being fired by the Toffees in January.

Few managers, including those regarded as best soccer coaches of all time, have the depth of experience he does in football. Because of this, he is potentially in line for a shock return to Premier League football with newly-promoted Nottingham Forest.

In his final role, Bielsa led Leeds out of the Championship and into the Premier League, where the West Yorkshire team finished ninth in 2020–21.

A bad start to last season and a series of important player injuries led to the Argentine’s dismissal from the post that had given him his longest tenure as a club manager.

Bielsa, who is now 67, spoke with Bournemouth about returning to the Premier League earlier this year. He has also been mentioned as a possible successor for Frank Lampard should the Everton manager be fired.

Another choice is for the former manager of Argentina and Chile to make a comeback to the international scene, with Uruguay reportedly considering him as Diego Alonso’s replacement.

Mauricio Pochettino is another best football manager who has been mentioned as a prospective alternative for Southgate.

With Harry Kane having endured the disappointment of missing a crucial penalty in England’s 2-1 World Cup quarter-final loss to France, his former Spurs manager was considered the ideal replacement if Southgate left, but Southgate decided to stay as the England boss, with the decision being welcomed by Harrogate Town manager Simon Weaver.

Tottenham advanced to being a top-four regular in the Premier League and reached the Champions League final under Pochettino.

However, the Argentine was criticized for failing to win a trophy with the North Londoners. His sole Ligue 1 triumph and Coupe de France success were considered a letdown during his time at PSG before being ousted last summer.

Pochettino, rumored to be ‘open’ to an England job as he mulls his next move, has a reputation for playing attractive, daring football and creating great relationships with his players.

Given what Tuchel accomplished at Stamford Bridge in a very short amount of time, he would have expected the title “best football manager.” But it came as a surprise when Chelsea let him go earlier this month.

Within four months of taking over last year, the German had won the Champions League, the Super Cup, and Club World Cup with the Blues.

Chelsea then lost on penalties to Liverpool in the Carabao Cup and FA Cup, finishing third in the league last season, but the club’s new owners chose to fire him just weeks into the new season.

Tuchel, who is still just 49 years old, has an impressive resume, having won the league twice, several cups with PSG, and the German Cup with Borussia Dortmund.

He ranks with the best football managers in the world and appears to guarantee silverware wherever he goes. Could he possibly lead Germany as his next step? He will undoubtedly be interested if the chance arises. That is, according to BILD contributor Christian Falk, who tweeted the following:

Zizou completes our list of the top 7 out-of-work managers right now. Before this World Cup, Les Bleus were in poor condition, and there was much discussion about Zidane succeeding his old teammate Didier Deschamps as a coach.

Four years after winning the World Cup in Russia, Deschamps has led his country back to the final. It may now be up to Deschamps to decide whether or not to stay as national coach.

This might put Zidane in limbo, with no natural fit at the club level appearing to be available in the immediate future.

Zidane has remained unemployed since he departed from Real Madrid in 2021. With two La Liga titles and 3 Champions Leagues under his belt, it seems Zidane will be the next French national team manager, according to reports.