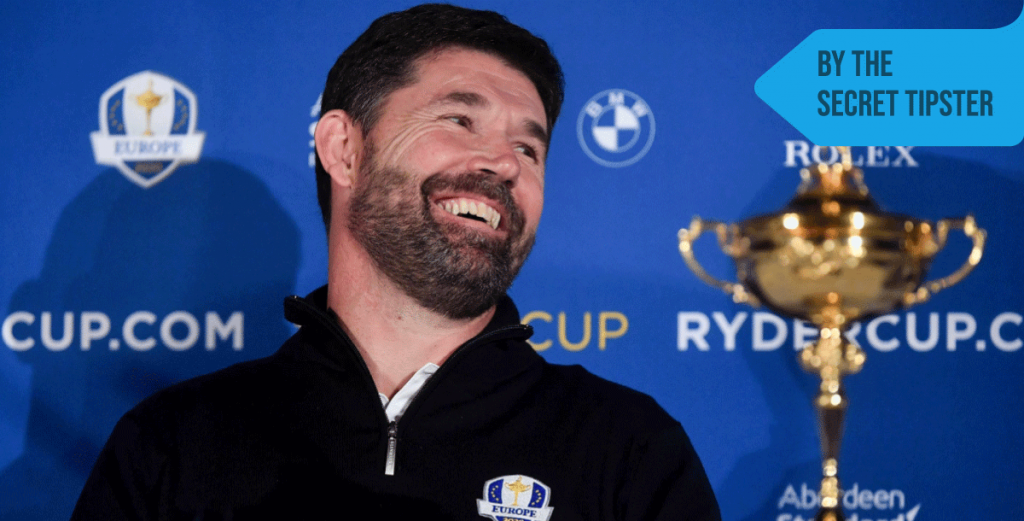 I’ve always enjoyed betting on the Ryder Cup. Some golf fans see it as a massive distraction in the golfing calendar and resent the attention it gets but as a bettor I think it is a fantastic format, with lots of informed guesswork needed to work out who will play.

The advantage of this is that the bookmakers find it hard to price up correctly, which gives us a good chance of making money on the event.

Clearly the Americans deserve to be favourites in the event. They comfortably have the stronger team, they have home advantage and there will be very few European supporters in the crowd because of Joe Biden’s tight restrictions on tourism. The bookmakers recognise this and make the Americans a top price of 1.53 with William Hill to win the Ryder Cup.

I couldn’t bet America at that price. Put simply, the Americans don’t care about winning the Ryder Cup as much as the Europeans. You can get into some deep psychoanalysis about different country’s national makeup but I think broadly it is that American golfers tend to be high-achieving individuals who have made their sporting success on their own and they are by nature not team players.

The European players, for whatever reason, have over the years proven themselves to be better team players and to bond together when needed, even putting aside some long held grudges. I’d like to think that Brooks Koepka and Bryson DeChambeau will use this event as an excuse to kiss and makeup (perhaps not literally) but I think that is not likely and those tensions are far more likely to be evident in the American team than the European team.

In terms of who will play, Padraig Harrington will undoubtedly rely on his best players. By this, I mean that he won’t be bothered about offending any players by not using them in the fourballs. By contrast, Steve Stricker will have to manage a lot of egos and I am sure will share out the playing duties more democratically than Harrington. That may be the ‘right’ thing to do but I am far from convinced it is the best tactic for winning the event.

All in all, I think Europe has a very decent chance of retaining the Ryder Cup, albeit I think it will be a close run thing. Odds of 3.25 with Betfair Exchange look generous enough to have a wager.

The other betting market that I think is interesting is betting on how the rookies will perform. I like this market because it involves working out who the Captains of each team will risk on their first appearance at the Ryder Cup. It is definitely an event which some players (e.g. Ian Poulter) love and thrive in the conditions while others find it so intimidating that they can’t play their best golf.

Best Betting Markets For Americans At The Ryder Cup

In the top American market, I think there is a decent enough angle to have a bet. The first is that Morikawa appears to be injured so I can immediately take the third favourite out of consideration as I don’t think he will be given that many matches to play.

English, Berger and Scheffler are all great players but I think Stricker will have a strong preference for Partick Cantlay and Xander Schauffele when he pairs experience with youth in his matchups.

They lead the betting market at 4.00 and 4.33 with Bet 365 and I am going to bet them both. I will have a smaller bet on Cantlay to cover my stake on Schauffele, who showed his liking for this sort of format in the President’s Cup. Both look solid bets but Xander looks marginally better.