You are here: Home »  Blog » Top Five Bundesliga Players of All Time 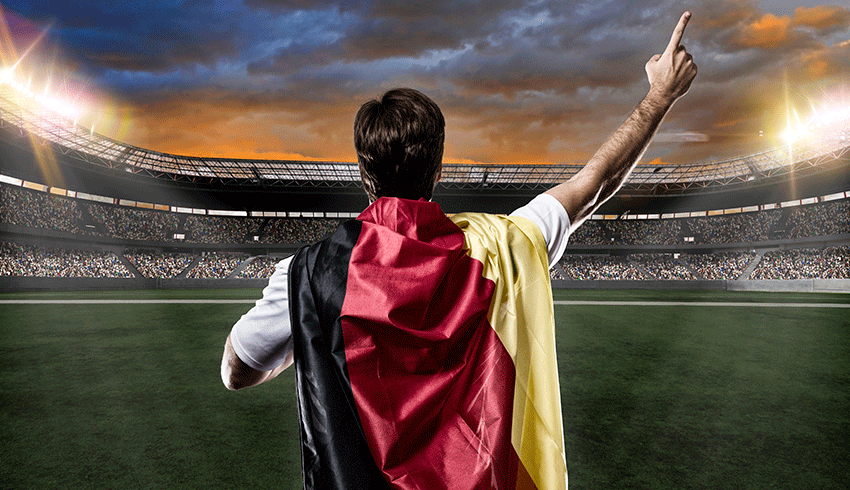 The Bundesliga has been one of the biggest football leagues in Europe for decades now, with many German teams being considered the best on the continent at some point or the other.

It has also played host to some of the best footballers over the years, especially German footballers, as the best in the business flocked to Germany to show off their skills. Having such a rich history, it can be difficult to decide on the top five Bundesliga players of all time, but we have given it a go, with our selection of the five best footballers to have played in the Bundesliga –

Most youngsters and football fans today will have heard of Jupp Heynckes due to his managerial exploits, with the German having famously won the treble of the European Cup, Bundesliga and German Cup with Bayern Munich in the 2012-13 season, which was also his last before he retired.

He also won the Champions League with Real Madrid in 1997-98, and has managed a host of other teams, including Borussia Mönchengladbach, Athletic Bilbao, Benfica and Bayer Leverkusen. However, along with his managerial success, Heynckes is also one of the all-time greats of the Bundesliga as a player. He is the fourth-highest goalscorer in Bundesliga history, with 220 goals from 369 appearances, giving him a goals-game ratio of 0.6.

Heynckes’ success came with Mönchengladbach in the 1970s, when they were one of the best teams on the continent, and he won four Bundesliga titles, one DFB-Pokal and one UEFA Cup with Die Fohlen during that decade. Heynckes was also part of the West Germany teams which won the European Championship in 1972, and the FIFA World Cup in 1974.

Oliver Kahn is widely considered to be one of the greatest goalkeepers ever, and was a mainstay of the Bayern Munich and Germany sides for over a decade. Kahn started his career at Karlsruhe SC, making over 120 appearances for them before being picked up by Bayern in 1994.

It is at Bayern that he became a global goalkeeping icon, playing a vital role in the club’s success in the league and in Europe during this time. He won eight Bundesliga titles and six DFB-Pokals at Bayern, along with a UEFA Cup win in 1995-96, a UEFA Champions League title in 2000-01, and an Intercontinental Cup win in 2001. Kahn also won the Bundesliga’s Keeper of the Year award seven times, was named the German Footballer of the Year in 2001 and 2002, and placed third in the voting for the Ballon d’Or twice, in 2001 and 2002.

Internationally, Kahn was an unused member of the German squad which won the 1996 European Championship, and was in the team which reached the final of the 2002 FIFA World Cup, losing out to Brazil.

Uwe Seeler is widely considered one of the greatest German footballers in history, due to his exploits with Hamburg SV and the German national side. Seeler spent his entire career with Hamburg, spanning 16 years, and he scored an astonishing 404 league goals in 476 games during that time.

While only 137 of those goals came in the Bundesliga era, putting him 19th on the all-time list, his overall record puts him second, behind Gerd Muller, for goals scored in German league history. Unfortunately, Seeler did not have much team success to his name despite his individual exploits, only winning a German football championship, the forerunner of the Bundesliga, with Hamburg in 1959-60, and a DFB-Pokal in 1962-63.
Internationally, Seeler scored 43 goals in 72 games for West Germany, putting him seventh on the all-time top scorers list for Germany, and was part of the team which lost in the final of the 1966 FIFA World Cup, and finished third at the 1970 World Cup.

Der Kaiser, as he has been affectionately known, Franz Beckenbauer is probably one of the most successful and famous Germans ever, let alone just a footballer. He is considered one of the greatest players to have played the game, and has the record to back up that claim.

Beckenbauer played as a central defender, but his elegance and ability on the ball often led to him creating and supporting attacking moves, and he is thought of as having invented the role of a sweeper or libero in football. Beckenbauer is one of only three men to have won the FIFA World Cup as both player and manager, with the former victory coming in the 1974 World Cup, and the latter at the 1990 tournament.

The bulk of his club success came at Bayern Munich, where he won four Bundesliga titles, four DFB-Pokals, and captained the side to three European Cup wins back-to-back between 1973 and 1976. He also won the UEFA Cup Winners’ Cup in 1966-67, and the Intercontinental Cup in 1976. Der Kaiser also captained West Germany to the European Championship title in 1972, while he also won a Bundesliga with Hamburg in 1981-82.

Undoubtedly the greatest goalscorer in the history of German football, Gerd Müller, or Der Bomber, set goalscoring records which even the best players today are struggling to match. During his playing days, Müller, like many other German greats, made his name at Bayern Munich, scoring 365 goals in 427 league games.

This has put him at the top of the all-time goalscoring charts for the Bundesliga, with a scarcely-believable record of 105 minutes/goal. He won the Torjägerkanone, the award for the highest scorer in the Bundesliga season, seven times, the most by any player, and also holds the record for most goals scored in a single Bundesliga season, with 40 goals in the 1971-72 season. He also has 66 goals in 74 games for Bayern in European competitions, and these numbers just go to show how prolific and consistent he was throughout his career.
Müller won the Ballon d’Or in 1970, while he also received the Golden Boot for scoring the most goals at the 1970 FIFA World Cup, which West Germany won. Müller also held the record for the most goals scored at World Cups for 32 years, with 14 goals, until Ronaldo went past him at the 2006 World Cup.

He is now third on that list, as compatriot Miroslav Klose took the record with 16 goals. Müller won four Bundesliga titles, three European Cups, four DFB-Pokals, one Intercontinental Cup and one European Cup Winners’ Cup with Bayern Munich during the team’s golden age of the 1970s.

He also has a World Cup winners’ medal, along with a European Championship win in 1972 for West Germany, while his 68 goals for the national side him put him at second place in the all-time scorers list.

Find more historical facts about the German Bundesliga with EagleBet.