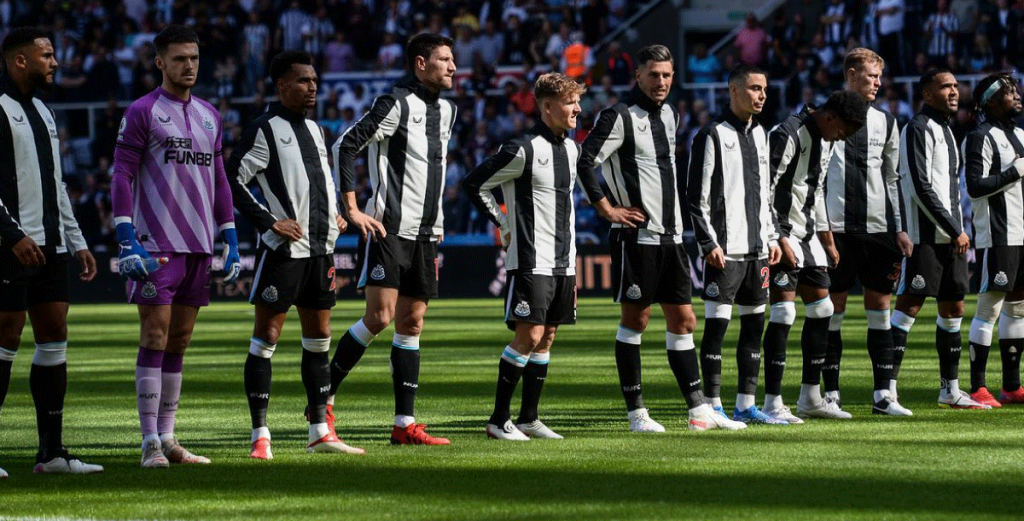 Newcastle look in trouble already and the bad news for them, with odds on their relegation shortening? They face Cristiano Ronaldo on his second debut for Manchester United on Saturday.

Here we look at the odds on Saturday’s match and also on the shortening odds on Newcastle to be relegated from the Premier League.

Newcastle Now 37% Likely to be Relegated from Premier League

It’s been a poor start for Newcastle with Steve Bruce already under pressure. About the one thing he can be happy about is that he is not Mikel Arteta, beleaguered manager of bottom club Arsenal where there are reports that Antonio Conte has agreed “in principle” to take over, while legendary ex-Gunners manager Arsene Wenger has even had to fend off questions about whether he would return to the helm.

Will Steve Bruce Last Until The End Of The Season?

Bruce is facing boos from Newcastle’s passionate fans but is in a difficult situation with owner Mike Ashley notoriously unwilling to invest in a club he has been trying to sell for years. Joe Willock was made permanent over the summer but that was the only significant arrival and after two defeats and then throwing away a much-needed lead against Southampton after conceding a 96th minute penalty, the odds of the Geordies going down are narrowing.

After a run of 5 wins in 8 games to finish last season strongly in 12th place, Newcastle were predicted by the bookies to achieve a fairly comfortable mid-table Premier League finish. Typically most bookmakers were predicting a finish of around 14th place for Newcastle, which was always perhaps a little on the optimistic side.

With Ashley apparently happy to do just enough to keep Newcastle in the Premier League – and narrowly at that – the bookies have had another look at Newcastle’s odds.

Without boring you with the complicated algorithm, the odds of Newcastle being relegated were relatively low at the start of the season, giving us a probability of 22 per cent.

However, with their disappointing start, fan unease and a takeover looking as impossible as ever, the bookies think the odds on Newcastle to be relegated need to be shorter.

As such, they now typically put the probability of Newcastle being relegated at 37%, with a likely 18th place finish.
For a fan base who are convinced that they support one of the great, big clubs of England – which would be true if that were measured in passionate support; less so if measured by silverware – such a direction of travel would result in insurrection, which in turn will pile further pressure on team and manager.

Bet365 are now offering odds of 11/8 (2.38) for Newcastle to go down. Its early days and you would say Norwich are certainly worse. But beyond that? You have to think Arsenal will improve. Wolves look better than their current third from bottom position. Of course there are other vulnerable clubs who will slip into the mix.

But a small bet on Newcastle to go down at these odds given the mounting problems there is far from the worst bet out there.

How long ago 1996 looked when Manchester United overcame a 12 points deficit to steal the tile from Newcastle – Bruce’s last season playing for Man United, when Newcastle’s odds were so much more attractive.

Those current odds on Newcastle are unlikely to be improved on Saturday when Newcastle play away at Manchester United, when Cristiano Ronaldo is expected to make his return to the Old Trafford club.

Our prediction is a comfortable Manchester United win with plenty of goals.

With Neobet You can get odds of 15 on Newcastle winning away and 7.5 on a draw. That is reflected in Bruce’s record as manager against his former club, having won only once – and his attempts have now hit the quarter of a century mark!

The odds on a Manchester United home win are just 1.16. More interesting are the odds on the goals scored in this game.

Newcastle have conceded 4, 2 and 2 goals in the league this season. But they also have goals potential in them. They have scored in 10 of their last dozen Premier League games. This makes it likely in Newcastle matches for there to be goals both ends – hence 13 of their last 14 games have seen over 1.5 goals per game.

Betting On The Premier League With EagleBet Bonuses

To bet on the Premier League this weekend at attractive odds, simply follow one of our betting tips today and claim one of the bonus offers we are offering on this page with a book maker like NeoBet and hopefully place a winning bet.