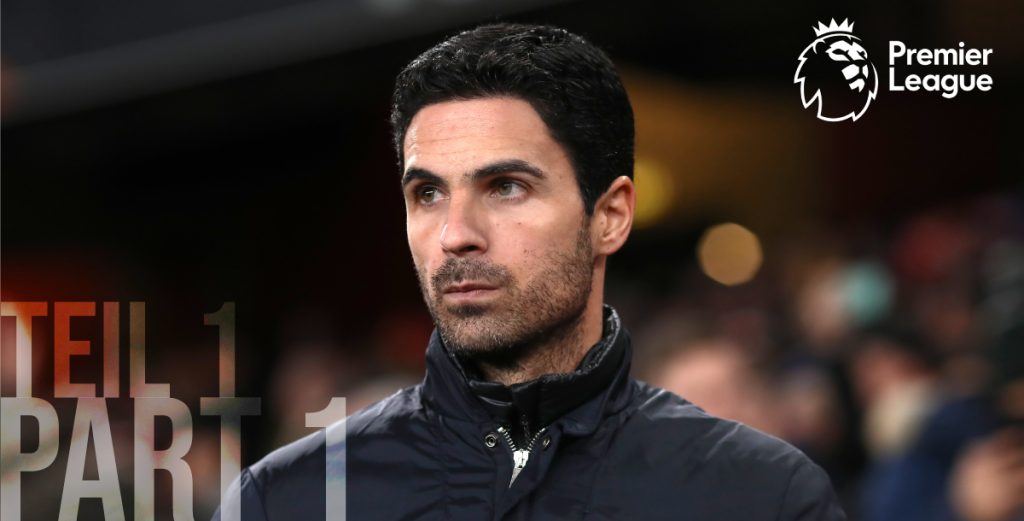 The English Premier League 2021/2022 kicks off on the 14th August in front of crowds once more. We can’t wait. Manchester City are tipped to retain their Premier League title, against competition from Chelsea, Liverpool and Manchester United.

Here at EagleBet our betting experts have looked at everything from past form to transfer activity to give you, our readers, a highly detailed analysis of the odds and predictions, giving you the inside story on where value lies in the market, who can really win the English Premier League, qualify for the Champions League and avoid relegation.

Armed with this information, you can use the special deals we have negotiated on your behalf with operators such as Bet365 and Mr Green after reading our Premier League 21/22 betting guide to bet on the season ahead. Claim a bonus offer then bet on one of the best value clubs. It really is that simple here at EagleBet with our odds, predictions and offers.

Manchester City remain firm favourites at 4/6 (implied 60% probability),Chelsea and Liverpool are both hovering around the same odds of 11/2 (6.5), thus with an implied probability of 15.4% each, which makes them a natural favourite in this Premier League 21/22 Betting Guide.

Next are Tottenham way back at (40/1) and Arsenal (50/1), suggesting the bookies see this as a four horse race with Manchester City clear favourites to retain their Premier League title.

Welcome to Part 1 of our definitive guide to the Premier League season containing odds and predictions for the season ahead. We start today on one London giant, Arsenal, and end on another, Chelsea.

In between we study unpredictable Aston Villa, intriguing new boys Brentford, those super defenders Brighton and great survivors Burnley. Soon, we will analyse the Premier League title chances of clubs such as Manchester City, Manchester United, Everton and Leeds United. Happy betting, and soar with winners after reading our Premier League 21/22 Betting Guide.

Manager Mikel Arteta is under pressure to deliver this season after Arsenal’s disappointing 8th place finish last time. However, Spurs “gaining” European competition will at least leave Arsenal free to concentrate on the Premier League more than their north London rivals.

The days of Arsenal seriously challenging for the Premier League in the earlier years of Arséne Wenger’s reign looks sadly distant, for now at least.

Even shooting for a top four Champions league spot looks a tall order for the Gunners. Europa League should be the minimum requirement for a club of Arsenal’s pedigree, but would that be enough to satisfy the faithful at the Emirates? It is lucky for the club’s hierarchy that their fan base is more patient than most.

Transfer dealings: Brighton centre half Ben White remains Arsenal’s key transfer target – though the Gunners are struggling with the £45m (€52m)plus add-ons being asked by Brighton.

While David Luiz can be brilliant on the ball moving forward, arguably Arsenal have never replaced the George Graham back line with big, ugly, English defenders in the Tony Adams mould. White could provide the solidity at the back to complement Arsenal’s free-flowing attacking play that the North London stylists have long needed.

Arsenal will target Bayer Leverkusen’s Edmond Tapsoba if they are unsuccessful in a move for White, though he could cost a similar amount.

The Gunners are also after Nuno Tavares of Benfica and Anderlecht midfielder Albert Sambi Lokonga (for an initial €17.5m).

Arteta is also keen on securing fellow Spaniard Miguel Gutierrez on loan from Real Madrid but faces competition of sorts from Leeds.

Among other reported targets are Barcelona goalkeeper Neto, although Sheffield United’s goalkeeper Aaron Ramsdale might be more realistic. Along with fellow Blade Sander Berge, and Leicester’s excellent James Maddison.

Also mentioned is Rennes midfielder Eduardo Camavinga – one of the real prospects of European football, he would be a real coup.

Manuel Locatelli, a star performer for Italy at the Euros, remains the dream signing but will probably remain just that: a dream.

Still, if Arsenal secure even a few of these they should be much more formidable next season.

It only takes one of the Big Four to mess up for a bet on a top four finish to suddenly look not crazy – but just look at the huge odds on Arsenal winning the title, it must make Wenger wince.
For our English Premier League 21/22 Betting Guide writers, they are not even ready for the top3.

After Aston Villa’s success last season in finishing 11th with an impressive 9 away wins, the Midlands club will be looking to kick on. But Villa’s success in 2021/2 will significantly depend on whether they keep hold of Jack Grealish, their inspirational midfielder whose swashbuckling style has lifted England at vital moments in the Euros.

Their form trailed off when Grealish wasn’t available at the end of the season. However, the signing of Emi Buendia was a statement of intent.

However, speculation mounts that Manchester City – who can spend €100m on a player the way many of us might buy a morning Latte – have already agreed a deal.

With Grealish, a Europa League place will be the ambition. Without him, emulating last season’s 11th place season would probably be seen as an achievement. Villa fans deny they are a one-man team, but Grealish is normally the only player they talk about.

Transfer dealings: Keeping hold of Grealish, obvs, is the priority, and Villa are talking up the prospect of a new contract. But much else springs from that – sell him, and there will be money to strengthen elsewhere.

They have, meanwhile, tempted back their old player Ashley Young, as fabled for his diving exploits as his play.

Harry Winks, who has fallen down the pecking order at Spur, would be a more workmanlike replacement, though there are unsubstantiated rumours that should Grealish leave they would target the more attacking Spurs midfielder in Dele Alli, who was axed under Mourinho and has fallen out of England contention. He, however, is pleading loyalty to the new Spurs manager. Villa have also reportedly bid £30m for Arsenal’s promising young midfielder Emile Smith Rowe.

Key targets include a loan deal for Manchester United centre-back Axel Tuanzebe, who has already enjoyed two successful stints at Villa Park. He would challenge Tyrone Mings and Ezri Konsa for a starting place.
Villa also want Chelsea striker Tammy Abraham, who EagleBet feels would be a great fit for Abraham and who can be explosive in front of goal. West Ham were priced out at £40m, but will Villa be, too?

EagleBet’s Premier League 21/22 betting guide writers advise you to save your money.

Given the odds, Chelsea could be worth a bet to win the English first division, particularly if they land their targets.

Manchester City have to replace Sergio Aguero, which won’t be easy, but given their imperious form last season it is not difficult to see why the bookies have made Man City the overwhelming favourite to win the Premier League again, plus as we have said previously they are also the team to consider the most for our English Premier League 21/22 betting guide writers.

City are clearly firm favourites for the title for a reason, but we think the race is a bit more open than the odds would suggest.

Look at some of the other markets, like the chances of little Brentford surviving their debut season in the Premier League and stay tuned for EagleBet’s Premier League 21/22 betting guide Part 2!