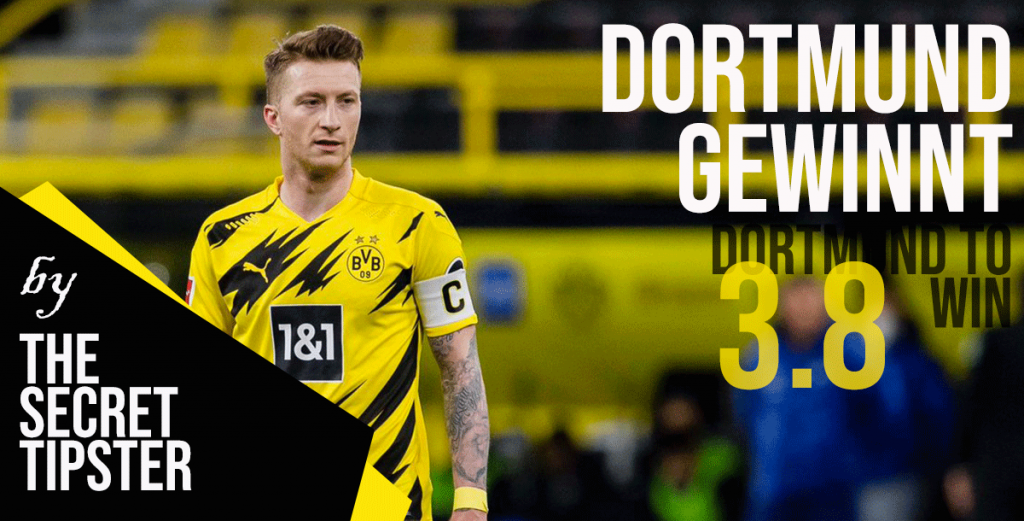 Made millions betting on the Bundesliga and Premier League. He spots bets most punters miss. Having worked at the top of the industry he understands betting from both sides. Make money with The Secret Tipster by following his Bundesliga betting guide with odds, predictions and tips in the Bundesliga this weekend.

See our Bundesliga and Premier League predictions in full, with each match analysed.

When I looked initially at this weekend’s Bundesliga matches, the first thing that struck me was that the levels of trading on the RB Leipzig vs Borussia Dortmund match are far, far higher than any other match in the Bundesliga.

Almost all bets have been on Leipzig, who have been bet in from Bundesliga odds of 2.20 to 2.06 in the Asian markets. Not a huge move but worth noting. I suspect this is due to their 2-2 draw with PSG on Wednesday night, which was visually impressive.

That said, I tend to think those sort of matches take a huge amount of energy out of a team. For Leipzig to hold PSG to 2-2 is an achievement but it will be hard for them to recover fully in time for Saturday’s game against Dortmund, even if it is the early evening kick off.

It is tiring to play a midweek European game but not having to travel is a major advantage.

The team that has travelled is Eintracht Frankfurt, who have had to go all the way to Greece to play Olympiakos. Add in that Frankfurt have been struggling this season and are 15th in the Bundesliga, you would think they should be opposable. Plus they are trading odds-on away from home and you’d think we would have found a rock solid bet.

Unfortunately they have to travel to Greuner Furth on Sunday evening and GF are without doubt the worst performing side in the Bundesliga. I say this as someone who has been extolling the value of betting the Kleeblätter for the past few weeks, based on their xG (or expected goals) performance where they have an expectancy of 8.33 points this season against an actual performance of 1 point in the Bundesliga.

Should I stick with them or abandon them, given that while on paper they look like they should be doing much better? Stats don’t matter much if in real life the team has lost confidence and simply think they are already relegated to 2 Bundesliga, and there isn’t much to play for. This is far from maximum bet material but with a 0.75 goal start on the Asian handicap at Bundesliga odds of 1.72, I have to give Furth a chance. They will be playing a tired side who have only won one away game in the Bundesliga all season. There will be few better chances for Furth to take advantage and I think I have to invest here.

The match that most caught my eye from a betting perspective is not the most glamorous tie in the Bundesliga. Using the xG statistics and my own modelling, I think there is an angle in the Wolfsburg vs Augsburg game on Saturday.

Both sides have been slightly outperforming on their expected points this season but crucially they have a low goals expectancy by comparison with how the bookmakers rate them.

On my own model I have these two teams marked in for 2.10 total goals in this match-up, which seems so low I had to double check the maths. But yes, it appears Augsburg’s style of play against a side like Wolfsburg will lead them to line up with nine men behind the ball. In addition, Wolfsburg played in the Champions League (winning 2-1 at home versus Salzburg) so my model will have an element of them being marked down for fatigue.

But why else is my Bundesliga model and consequently betting guide showing such a difference from the market? Some of this is down to recency bias. On average over the last eight games, the goal expectancy for this game would be 3.01 goals, which explains why the under/over 2.5 goals market is heavily favouring the over. This skews 25.8% higher than the average of their last 30 matches, so I am happy to take on the market and recommend a bet on under 2.5 goals at Bundesliga odds of 2.12.

Claim a welcome bonus from one of our partners listed on EagleBet where you haven’t opened an account – and use predictions and the Secret Tipster’s Bundesliga betting guide with his winning tips and predictions to bet – and use the Asian handicap betting system.

Do not forget to subscribe to our newsletter to receive the top Bundesliga betting tips and predictions.