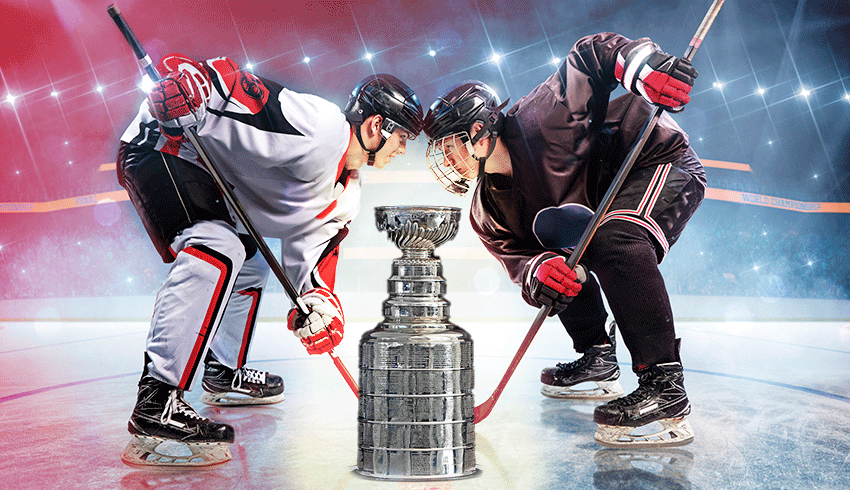 The National Hockey League (NHL) is one of the most popular ice hockey leagues in the world and was just one of many professional sports to have been impacted by the global pandemic and had to change the way it would operate its 2019/20 schedule. The actual hockey season had been officially concluded by Commissioner Gary Bettman and it was announced a new format of the Stanley Cup would be played.

With the conclusion of the regular season, the Boston Bruins ice hockey team were named the 2019/20 Presidents’ Trophy winners as they were helped by William M. Jennings Trophy winners Tuukka Rask and Jaroslav Halak as the pair had solid seasons.

Leon Draisaitl, of the Edmonton Oilers, captured the Art Ross Trophy after scoring 110 points for his first title, whilst Alex Ovechkin and David Pastrnak finished the season sharing the Rocket Richard Trophy after netting 48 goals each.

How Many Teams Will Take Part In The Stanley Cup Finals?

24 of the NHL’s teams will take part in the unique format as they are divided by 12 and split into two groups – Eastern and Western Conferences. Unfortunately, seven teams would not be returning to action, although they will still enter the draft when it takes place.

The Eastern Conference will have the likes of the Tampa Bay Lightning, the Boston Bruins, the Philadelphia Flyers and the Pittsburgh Penguins, while the Western Conference section will have, among others, the St Louis Blues, the Colorado Avalanche, the Dallas Stars and the Chicago Blackhawks ice hockey teams.

The seven NHL ice hockey teams which will not be participating are the Buffalo Sabres, the New Jersey Devils, the Anaheim Ducks, the Los Angeles Kings, the San Jose Sharks, the Ottawa Senators and the Detroit Red Wings.

How Would The Stanley Cup Playoffs Work?

The top four seedings in each conference will receive a bye from the qualifying round and will play a round-robin format to seed for the regular first round of playoffs (16 teams). If these ice hockey games end in overtime, they will be played under the regular-season overtime rules. If there is tie in points at the end of the round-robin, the regular-season percentage points will be used as a tiebreaker.

Once only 16 teams are left in the running, it will be the Stanley Cup playoffs, in which each round will be the best of seven.

Where are the matches going to be held?