Top 5 Scorers In The History Of The Bundesliga

You are here: Home »  Blog » Top 5 Scorers In The History Of The Bundesliga 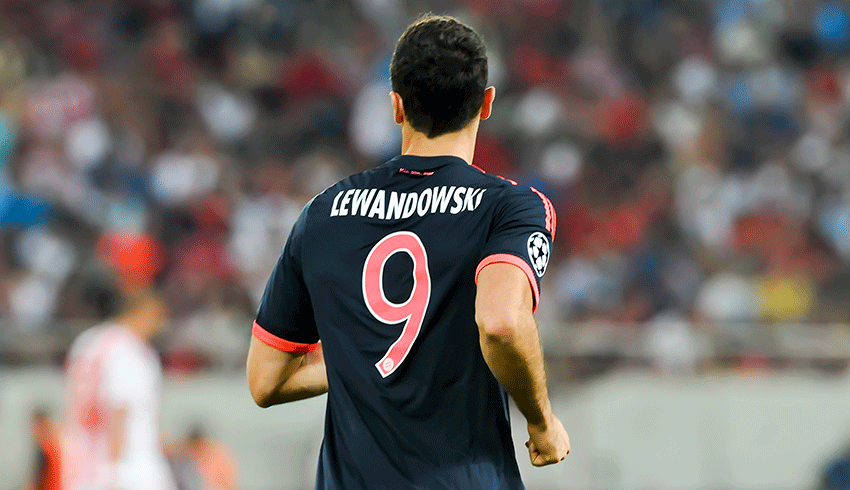 The Bundesliga, Germany’s elite premier league competition, is one of the world’s best competitions in football and it is not for good reason. In fact, it has been labelled as the best league in the world by a report produced by the CIES Football Observatory confirming that the Bundesliga boasts the highest attendances in world football.

Attendances might be the highest in the world in Germany because of various factors, however those who do attend will generally be awarded goals with a vast number of players having reached three figures when playing their club football in the country – 53 have reached that milestone to be exact at the time of writing.

Bayern Munich may have won the title the most times and look set to pick up their 29th, but surprisingly, they have not had all the top goal scorers when it comes down to the top five numbers on the list.

EagleBet has a rundown of those men, starting with number five…

Manfred Burgsmüller was a prolific forward during his playing days, bagging 213 goals in 447 appearances across spells with four different clubs; Rot-Weiss Essen, Borussia Dortmund, FC Nuremberg and Werder Bremen. Having played in the Bundesliga between 1968 and 1990, he may be well known for his days at Borussia Dortmund where he scored 135 goals in 224 matches between 1976 and 1983. However, he did end up getting 34 goals in 115 matches for the Werder Bremen squad between 1985 and 1990. Surprisingly, though, he did not even manage to finish as the league’s top goal scorer.

Jupp Heynckes may not have only been a hugely successful football manager across Germany and Spain with the likes of Bayern Munich and Real Madrid, but he was a supremely talented striker that certainly knew how to find the back of the net on a regular basis. Heynckes scored 50 times in 82 matches for Borussia Mönchengladbach from 1963 to 1967. He then moved to Hannover 96 and scored 25 goals in 86 matches before he made a return to Mönchengladbach where he slammed home 168 more goals in 226 matches from 1970 to 1978. He has crowned the Bundesliga’s top goalscorer in 1973/74 and 1974/75 but had to share the first year with Gerd Muller.

In at number three is a man that has become synonymous with scoring in the Bundesliga in the modern era and is likely to continue his ascent up the goal scoring charts for a little while longer. Robert Lewandowski is world-renowned for his ability to find the back of the net on a consistent basis, as the Poland international has carved open defences and made a mockery of goalkeepers ever since arriving in Germany to play professional football. Having started off at Borussia Dortmund, where he struck 74 goals in 131 appearances between 2010 and 2014, he moved to Bavarian rivals Bayern Munich and has shown no signs of letting up. To date, the world-class striker has 157 strikes to his name, giving him a total of 231 in 317 outings. He has been awarded the Golden Boot award on four occasions, with a 30-goal haul being his largest total back in 2015-16.

Klaus Fischer knew how to find the back of the net on a regular basis, however, he also had the remarkable ability to be able to do it with a bicycle kick as well, a feat he became well known for. During his lengthy career, the former striker managed to score 268 goals in 535 Bundesliga matches across spells with four different clubs. TSV 1860 München saw him start well with 28 in 60 outings before his time at FC Schalke 04 really shot him up the leaderboard. 182 goals in 295 top-flight matches for the Gelsenkirchen outfit over an 11-year period was followed by another 58 goals between spells at 1. FC Köln and VfL Bochum between 1981 and 1988.

A vast amount of Bayern Munich’s success in the earlier days can be attributed to one man and his unreal ability to put the ball past opposition goalkeepers. Gerd Muller would continue to break records seemingly every time he played and to this day, still has some that have been untouched – including the most goals in the Bundesliga. The ex-Bayern man scored 365 in his 427 matches, leading an average of a goal every 105 minutes. He earned the Golden Boot award seven times (having to share it on a couple of occasions) and even finished a season with 40 goals back in 1971/72. No one has ever managed to get near that total, with the forward actually being the closest to break that record by hitting 36 in the following campaign.