You are here: Home »  Blog » 5 Wonderkids To Follow In The Top Leagues 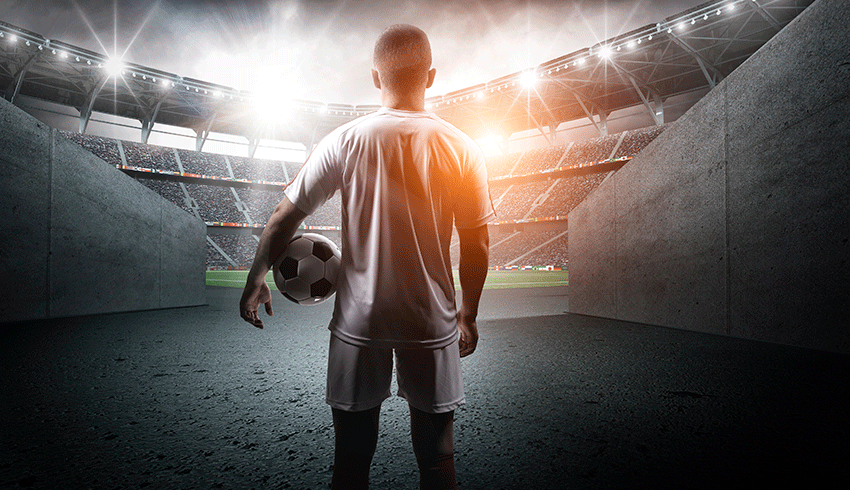 Every year, as new talent starts to filter through the academy systems and make their way to the top levels of the professional game, football is graced with individuals who have the world at their feet – or in this case, the ball.

These players that have what can only be described as a God-given gift, have since been labelled as wonderkids, a popular term that has perhaps been coined by the Football Manager game series that has been hugely successful amongst fans of the sport.

How is a wonderkid defined? The simple definition would generally be a player that has all the ability to go to the top and is yet to reach his 20s; although this can be open to interpretation.

Indeed, throwing a label on a player and effectively telling them in no uncertain terms that they are going to be the next best thing and potentially one of the greats of the game is clearly going to have an impact on the individual, however, some will appear to thrive with the additional pressure the tag brings.

So, who are arguably the top five wonderkids in the top leagues of football at the moment? Well, to make it fair we have selected the best prospect from each of Europe’s five big leagues and decided to highlight that particular individual as one of the latest prospects to keep a really close eye on over the next few years.

Without further ado, here are our choices, which will likely cause some debate…

Gabriel Martinelli certainly made himself a household name amongst supporters of the Premier League after he took the division by storm with his performances for Arsenal. Having only arrived in the summer, many would have forgiven the 18-year-old if he had struggled following a move from Brazil, however, the teenager surprised everybody with how good he could really be.

Prior to the current global pandemic, Martinelli had been clinical in front of goal, scoring 10 in 26 appearances across all competitions including the Europa League and Premier League. Mikel Arteta and the Gunners will be hoping the teen will be able to replicate that form for a few more years to come.

Another Brazilian, although the last on our list when there could have actually been many more, Rodrygo has propelled himself into the lights as possibly the greatest wonderkid in the game at the moment.

Real Madrid did shell out €45 million to bring the teenager from Santos to the Spanish capital last summer, however even they would have surely found it difficult to imagine just how well he would go on to do in his debut campaign.

Admittedly, the 19-year-old has only had a handful of games with minutes here and there, however a debut goal against Osasuna just moments after coming on the pitch and a perfect hat-trick (one goal with both feet and a header) and an assist in the Champions League against Galatasaray have done enough to convince us he could eclipse some of best talent football has ever seen in the future.

Bayern Munich has had a fair few wunderkinds in their time, however, Joshua Zirkzee looks to be a really special talent. The Netherlands Under-19 international really burst onto the scene at the Allianz Arena when he graced the turf with his ability.

The tall forward netted in each of his first two Bundesliga matches, with two last-minute winners against Freiburg and Wolfsburg respectively. In those two games, though, the 20-year-old had only played a combined eight minutes. Bayern must be excited as to what he could achieve if he were given more game time.

Wonderkids are not always necessarily attackers, we promise, however it is goals that win games and perhaps make it easier to pick one out of a crowd of talented individuals. Therefore, continuing the trend, Internazionale’s Sebastiano Esposito is the fourth talent on our list – or maybe the player to keep an eye on from the world of Serie A.

The 17-year-old may not have had many chances to play for Antonio Conte’s side this season, however, when he has, he has impressed immensely. In fact, the Nerazzurri graduate has already caught the attention of some of Europe’s biggest clubs. Definitely, one to watch closely.

Naturally, we were always going to look to fulfil our promise of finding a player that was not an attacker and could still be categorised as a wunderkind. So, in search of talent from France’s Ligue 1, we found Eduardo Camavinga.
The Rennes graduate is currently on the path of following some esteemed predecessors with his route into football, and although he is still only 17, Camavinga does not appear to be shining away from the spotlight.

The midfielder is already one of the first names on the team sheet for the Ligue 1 outfit and continues to boss the midfielder with his defensive abilities, as opposition players will generally find it difficult to get past him in a challenge.

Those performances, unfortunately for Rennes, have not gone unnoticed by some of the World’s biggest clubs and it really would be a shame if Camavinga were unable to fulfil the potential he is already showing in the future.

Check out how these players vary against Footballs Top Players of All Time.