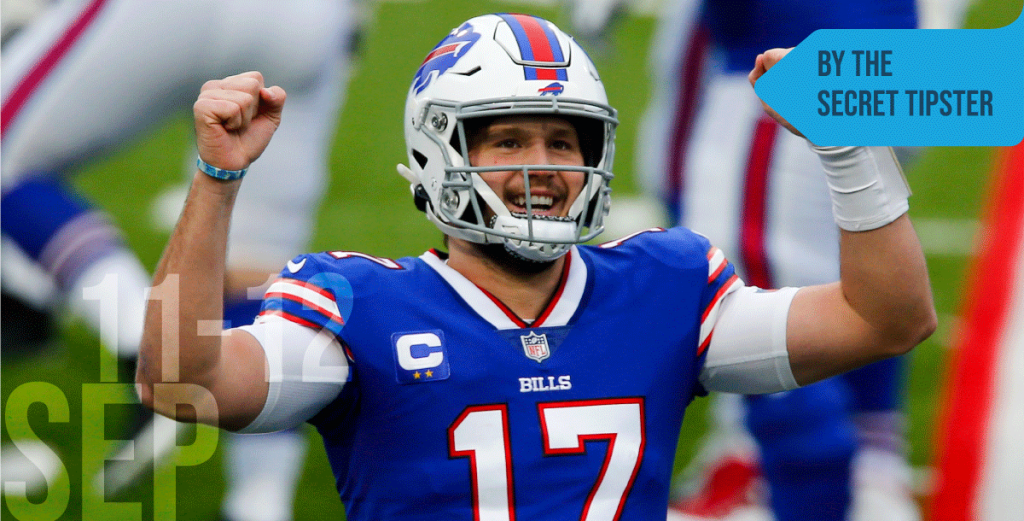 He is the tipster everyone is talking about. He has made millions out of online betting and was also one of the biggest figures in the gambling industry. One of the world’s biggest operators has been in touch with us asking who he is.

Naturally we are not saying. This is one of the fiercest game-keepers turned phenomenal poachers, and EagleBet is incredibly fortunate to have his odds, tips and predictions to help you make some of the money he has through online betting.

Use one of the best betting bonuses we have negotiated for you at a bookmaker where you don’t yet have an account by clicking on a link on this site, and use The Secret Tipster’s tips and predictions to have a great weekend of betting.

When I worked in the betting industry one of the cleverest senior traders in our sports betting department once said to me: “The problem with being a bookmaker is that you have to offer odds on every event and yet the bettors can choose the one event that they want to bet on. The good ones are always going to know more than us about their specialist area.”

Over the years I have learned that is true. It is better to be an expert on second division Portuguese football and know every detail of how every team plays to really understand good odds in one area than to be an expert on the English Premier League. The Premier League odds are examined in close detail by thousands of experts and it is rare that the odds are wrong because the ‘wisdom of crowds’ means the market is so much more efficient.

Have a Look At The Portuguese Second Division

In the Portuguese second division the initial odds are almost certainly generated by a computer and while the limits on what you can bet are much lower, the market is so much more inefficient at taking into account injury news, how teams set up against each other and factors such as how tired teams are from previous games.

It is also generally better to bet on markets where few people are going to pay attention to them. Long term markets on things like who will win a league, who will be relegated, top goalscorer and so on tend to get less attention from the bookmakers because they know they won’t take many bets on them.

This is because most bettors don’t want their money to be tied up for months. Only the truly dedicated are happy to bet in October and not get paid until May.

The first is a long term bet in the NFL.

This is a fairly obscure market so you may not be able to get a huge amount on but as long as it is under €300 euros you should be okay.

The betting is on who will be the regular season MVP in the NFL.

This is an NFL market that is not decided by stats but a vote of US sports writers. This is important because the bet will be almost as much about sentiment as ability.

This is an award that is generally won by a quarterback; indeed, the last eight winners have been QBs and 14 of the last 15 have been QBs with only Bears running back Adrian Peterson breaking the trend.

It is also really difficult to win this award back-to-back, with Peyton Manning being the last winner to do so in 2009. It goes without saying that you need to be on a team that is playing well. You can be as brilliant a quarterback as you like but if your team has gone 5-11 for the season then you don’t stand a chance.

On that basis you need to look to the front of the market in the betting. Only the Chiefs, Bills, Ravens and Browns are under 15.00 (14/1) in the Super Bowl winner market so it pays to focus on those teams.

Josh Allen From Bills Is My Recommended Bet

The team I like are the Bills. They are heavily odds on at 1.67 top price in the AFC East and they should have a strong regular season. Their quarterback, Josh Allen, is coming into his fourth season in the NFL and had some amazing stats last season.

Infact, he was better in some departments (throwing and running) than last year’s MVP Aaron Rodgers. Rogers won the vote by a long way in 2020 but Allen was a distant second and was probably let down by his turnover and sacks stats. He should improve again this season and looks like a really live contender.

I fear Patrick Mahomes as the Chiefs look to be so strong this season but Mahomes is a previous winner in 2018 (which I take as a negative) and is only 6.00 (5/1) to win the award whereas Allen is 13.00 (12/1) with William Hill and Betfair, which looks way too generous to me. That’s my bet of the week.

My second bet is the Bundesliga 2 game between Karlsruher SC and Holstein Kiel – I wrote about value in Bundesliga 2 betting earlier in the week.

Focus On The Over 2.5 Goals Betting Market

Generally speaking, my bets in the second tier of German football this season have been on the over 2.5 goals market because there have been a lot of goals and far more attacking football at the start of the season than the odds-makers expected.

So when my stats model throws up a bet on the under 2.5 goals market I have to look at it extra carefully.
Why I like this game is that Karlsruher sets up fairly defensively at home and so far have scored only three goals in two games (versus four in three games away). Kiel are also a team that like to set up defensively when they play away, meaning that it looks like the two teams may play to cancel each other out.

The goals expectancy is set partly on the overall scoring records of the Bundesliga 2 and that looks to have skewed the market a little too much, allowing us to bet under 2.5 goals at 2.2 with Neo.bet, which looks like decent value.

How To Bet With Free Money

Claim a welcome bonus right now with an operator where you don’t have an existing account by clicking on one of the links on EagleBet, then use the Secret Tipster’s top predictions and tips to set yourself up for a winning weekend.
Odds subject to change. You can lose as well as win.