Betting On The Finnish SM Liiga

You are here: Home »  Blog » Betting On The Finnish SM Liiga 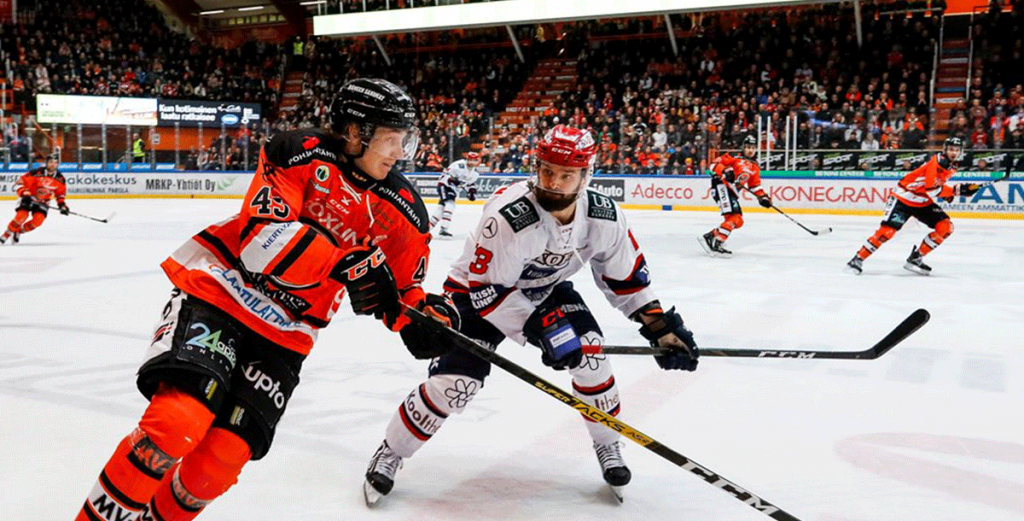 The Finnish Elite League, also more commonly known as the Liiga, is one of the most compelling and watchable ice hockey leagues around. With a number of exciting teams and players, it is widely popular for fans of the sport and online betters alike. EagleBet is the place to be for SM Liiga Betting, as it gives its customers all the best odds and markets to bet on.

Ever since 1975, the Finnish SM Liiga has been thriving. It is regarded as the second best hockey league in all of Europe, behind only the KML. Ice Hockey’s popularity has been steadily rising in Finland for a number of years, and reached an even wider audience when the Finnish national team won a bronze medal at the 2014 Winter Olympics in Sochi, Russia. They even managed to beat the US national team at the tournament, which clearly illustrates the strength of the Finnish players. With so many of them still plying their trade in the Liiga, it means online betters would be smart to pay attention and place bets on the competition.

How Does The Finnish SM Liiga Works

The SM Liiga is currently composed of 15 teams, with the regular season running from September until March. With each side playing 60 matches, it means there are a staggering 900 games for online betters to place bets on. EagleBet is able to offer odds on all of these games, meaning there is always a match for their customers to bet on.

The top six sides automatically make it to the playoffs, with the teams ending seventh to tenth facing off against one another to make it as the last two teams into the quarter finals. From there the final eight are slowly whittled down to the final two sides, where they play each other up to seven times before a victor is declared.

In the most recently completed season, the 2018/19 campaign, the final was between Oulun Kärpät and Hämeenlinnan Pallokerho, usually referred to as HPK. Kärpät had won the regular season, so would have been the odds on favourite going into the final series. However, in a fascinating set of matches that went into the last game with both sides tied at three victories each, HPK were able to succeed and overcome their rivals, to lift the championship trophy known as the Kanada-malja. It was HPK’s first title win since 2006, and people betting online will be intrigued to see if they can successfully defend their title when the 2019/20 season is resumed.

Why Bet On The SM Liiga

A few sides’ for online betters to look out for are; Tappara, who have ten league championships, Kärpät who themselves had been victorious on seven occasions, and Turun Palloseura who have nine titles. All of these sides are worth monitoring the odds for when betting online.

EagleBet is able to offer its customers a wide number of odds, markets and bonuses on all of the SM Liiga games. For fans of ice hockey who are keen to participate in SM Liiga Betting, then there is no better place than EagleBet.