Football’s Greatest Number 10 Of All Time

You are here: Home »  Blog » Football’s Greatest Number 10 Of All Time 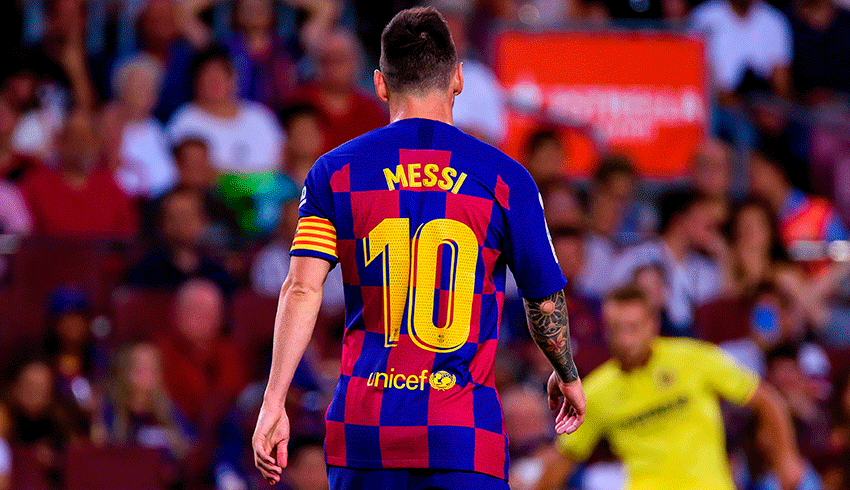 Football’s Greatest Number 10 Of All Time

Goal scorers may get most of the headlines, however behind them are some truly remarkable individuals that provide them with all the opportunities to be able to score the sheer number of goals they do.

These men have been categorised as the playmaker of the team, as they can pick out passes that others can not see or even think about trying to produce. In modern times, the term Number 10 has been coined and has become a hugely popular buzzword amongst lovers of the sport.

As with all lists, a number of players will have been left out as there are simply too many that are good enough to be mentioned, whilst there can be plenty of debate as to the choices that have been made. Therefore, here are EaglBets choices…

People will perhaps have two contrasting memories of the legend that is Zinedine Zidane. One will be of his ability on the football pitch and what he could do with the football at his feet, whereas the other will be the one where he headbutted Marco Materazzi into oblivion in the 2006 World Cup final in his final ever match as a professional footballer.

It is the first scenario, though, that we want to remember him by and exactly why he must be considered one of the best number 10s to have ever played the game. Zizou was a master with the ball at his feet and it seemed the French legend could do whatever he wanted to do with it whilst making it look as easy as learning the alphabet.

A legendary figure for both Juventus and Real Madrid, he perhaps scored one of the all-time memorable goals in a Champions League final against Bayern Leverkusen with an outrageous volley that was simply stunning in 2002.

All-in-all, the current Real Madrid chief went on to score 117 goals and provide 115 assists in the 610 appearances he made across a storied career.

Many English football fans would have been introduced to the sheer magic of Ronaldinho during the 2002 World Cup when he managed to chip David Seaman from distance and dumped the Three Lions out of the tournament. Indeed, a year later, he was gracing the Nou Camp turf and creating moments of magic for Barcelona with bits of skill and creativity that nobody thought was possible with a football.

One moment that will stick out for fans was the piece of incredible skill and the ensuing finish he managed to achieve to dump Chelsea out of the Champions League back in 2005. He was also one of the only players who managed to get a standing ovation from Real Madrid fans after an El Clasico derby after he put on a clinic against Los Blancos.

The Brazilian ace, once known as Ronnie, was truly an exceptional talent and proved it each and every time he went out on the field. 196 goals and 162 assists in his 533 appearances certainly help to reflect those views.

Another legendary Barcelona figure to feature on the list of the greatest number 10s of all time is Lionel Messi. The Argentine maestro will undoubtedly find himself on all the attacking lists that are created in the future, but he certainly has the figures to prove he belongs.

627 goals and 265 assists – a goal contribution that totals to an incredible 892 – in 718 appearances already to his name, Messi will forever be considered one of the greatest players to have ever played the game

With ten league titles, four Champions League medals, six Ballon d’Ors and more records than Madonna, as well as re-writing Barcelona’s history despite the players they have had in the past, Messi will be spoken about long after he hangs his boots up.

Michel Platini might have decided to tarnish his own reputation whilst in a governing position at FIFA, however, there is no denying how good he was as a playmaker.

Voted the sixth greatest player of all-time by FIFA, the three-time Ballon d’Or winner was exceptionally gifted when it came down to having the ball at his feet as he was easily one of the best to pass the ball.

Platini, like some of the other players mentioned in this list, was perhaps one of the most effective playmakers in the game as he always seemed to be a step ahead of the defenders he came up against.

He was not the most physical of players, however when you know you can thread a ball as well as he could, as well as scoring 127 goals in 256 appearances, those physical disadvantages clearly did not matter.

Alfredo Di Stefano, arguably, created the position before anybody else and made it what it is today. He won praise from the likes of Pele, Eusebio and John Charles, who all claimed the Argentine-born Spaniard was the most complete player they had ever seen.

Indeed, his 376 goals in 522 games for the likes of Real Madrid and Espanyol, plus his ability to drop off the number 9 and become a hugely successful creative outlet, give him a much-deserved mention as one of football’s best number 10s to have ever played the game.

The Argentine-born, Spanish international won two Ballon d’Ors and eight Spanish league titles during his time in Madrid, therefore arguably making him one of the best talents they have ever had.