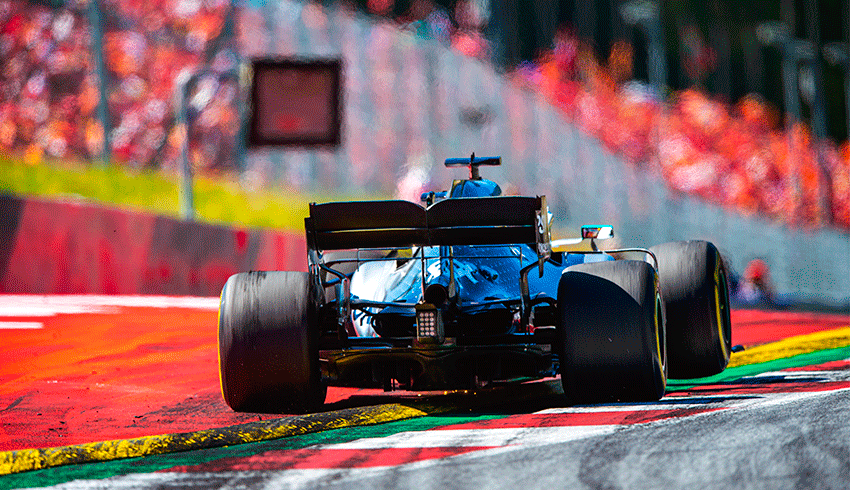 The 2020 Formula 1 season has been like no other. Of course, there have been a number of changes to the schedule throughout the calendar due to unforeseen circumstances, hence why the motor sport campaign is yet to finish and there are still a few F1 races left to be had.

However, some things have not changed, as Lewis Hamilton has continued to win a number of races and become the 2020 champion. The Mercedes driver will lift the F1 trophy for the seventh time equaling the legend Michael Schumacher.

The British racer managed to pick up his 94th win of his career with his latest victory at the Turkish Grand Prix. He had initially broken the record for the most race wins in the previous Formula 1 race (in Italy) as he won his 93rd race and smashed the historic figure that legendary Ferrari driver Michael Schumacher had held.

With just three races left to be completed, Hamilton will now drive as the 2020 F1 champion retaining his title as the World’s Driver Champion for the seventh time. With him and team-mate Valtteri Bottas at the helm of Mercedes, the constructors have already sealed their seventh consecutive Constructors’ Championship as they continue to dominate the sport.

Indeed, both Hamilton and Bottas are the top two drivers in the 2020 Formula 1 campaign this season, whilst Max Verstappen sits third in the driver standings.

Hamilton has managed to accumulate 307 total points so far prior to the Bahrain Grand Prix and looks almost impossible to catch.

Team-mate Bottas currently follows him in the standings but is way back on 197 points, whereas Red Bull Racing’s Verstappen is even further back on 170 points as he has had to retire from four of the 14 Formula 1 races to have already taken place – including the first one of the season.

There have been a number of great moments to have featured in the 2020 Formula 1 season and many that certain individuals will never forget.

The first of these great moments included the race at the Italian Grand Prix as Pierre Gasly and his AlphaTauri team managed to secure their first race victory. The Formula 1 race was marred by the red flag, however Gasly, Carlos Sainz Jr. and Lance Stroll (both for the second time) will not necessarily have cared as they each finished on the podium. It was also the first F1 race in which the race winner did not drive for Ferrari, Mercedes, or Red Bull and the first time since the 2012 Hungarian Grand Prix these all of these three constructors failed to score a podium finish.

The Tuscan Grand Prix also featured a great moment for Thai driver Alexander Albon as he became the first driver from his nation to achieve a podium finish as he drove his Red Bull car to third place in a Formula 1 race that had two red flag periods – the first to have happened since 2016.

Whilst Hamilton managed to break the record for most wins in Formula 1 history when he went past Schumacher’s previous tally, Kimi Räikkönen managed to set the record for the most race starts in the 2020 Formula 1 Eifel Grand Prix in Germany when racing for Alfa Romeo Racing.

Whilst the 2020 Formula 1 season still has a few races to take place between November and December, proceedings already appear to have been determined.

As mentioned, with Hamilton driving as the World’s Champion once again, the spot lights are now focused on the clash between Max Verstappen and Bottas for the two remaining slots in the podium.

So, what can be expected when looking to the 2021 Formula 1 season? Probably much more of the same.

Hamilton might have already cast doubts on his future in the sport as he has admitted it is ‘not guaranteed’, although many would expect him to be back behind the wheel.

Mercedes, though, could be going in a new direction as successful team principal, Toto Wolff, has cast doubt on his own future as well as he may step aside from the role into a new position.

Formula 1 Transfers And Rumours For 2021 Season

There are already a number of driver changes, though, that will take place. Sebastien Vettel is set to leave Ferrari at the end of the 2020 Formula 1 season, with Sainz Jr set to take his place. Daniel Ricciardo is set to take his place at McLaren, which would then see double world champion Fernando Alsono make a return and replace the Australian at Renault F1 team.

Sergio Perez looks set to leave Racing Point as the team become Aston Martin and will be replaced by Vettel, whereas both Romain Grosjean and Kevin Magnussen appear set to leave Haas F1 Team at the end of the 2020 Formula 1 season.

Don’t forget to place your bets on the Formula 1 upcoming races here at EagleBet Sports, and profit with our betting tips for the king of motorsports.