How To Stop FC Bayern Dominance?

You are here: Home »  Blog » How To Stop FC Bayern Dominance? 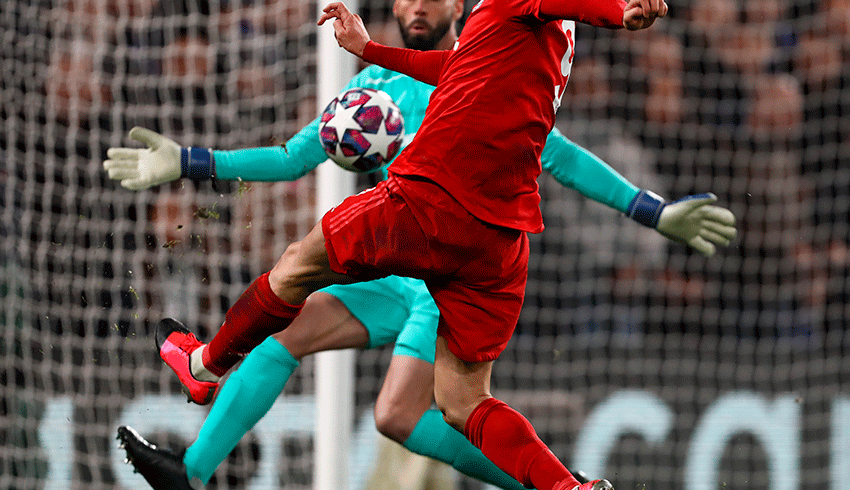 Bayern Munich may have recently been shocked by TSG Hoffenheim in their recent outing – losing 4-1 – however, it is plain to see for many; the Bavarians have dominated the Bundesliga for what seems an eternity.

Bayern Munich has managed to clinch their eighth consecutive Bundesliga title at the end of the 2019/20 campaign, despite once looking to be a team in crisis as they sacked Niko Kovac as manager early on in the season. Following Hans-Dieter Flick’s arrival to lead Bayern Munich, they would go on to improve and finish top of the Bundesliga ladder by 13 points as the likes of Borussia Dortmund, Borussia Monchengladbach and Red Bull Leipzig just could not keep up.

It has been argued that there are a number of Bundesliga teams that, on paper, can compete with Bayern Munich’s dominance because of the football squads that they have been able to assemble over the years.

Whilst Bayern Munich has a number of young footballer coming through the ranks in more recent years, there had been a heavy reliance on top football players such as Robert Lewandowski and Thomas Muller before superstars such as Leroy Sané, Serge Gnabry, Joshua Kimmich and Alphonso Davies came to the forefront.

Red Bull Leipzig have had a plethora of talent in their football squad – although they have struggled to keep their talents at the club as Premier League sides such as Liverpool and Chelsea have both pinched their top players at various points – Naby Keita, Takumi Miniamino and Timo Werner being just some of the high-profile departures. Will RB Leipzig ever be capable of stopping Bayern?

Borussia Dortmund may have lost Christian Pulisic to Chelsea FC, however, they can still boast that they do things right as they have talented individuals footballers in the form of Jadon Sancho (for now, at least), Jude Bellingham and Giovanni Reyna alongside established professionals. Will Borussia Dortmund ever be capable of stopping Bayern?

Classic Bundesliga Clubs Who Used To Dispute The Title

However, there are german football teams who are simply not the teams that they once were a decade or two ago. Bayer Leverkusen, SV Werder Bremen and Schalke 04 are perhaps three of the biggest football sides of the Bundesliga to have fallen way behind Bayern Munich in more recent times, despite having been sides that were once capable of challenging them. That’s not to say german football teams have not stepped up in their place, though, with Leipzig and Hoffenheim perhaps the best available options to replace them as Bundesliga contestants.

Whilst it might be that german football clubs below Bayern Munich do not necessarily have the power to stop other big sides from taking their players, Die Roten appear to be rather comfortable sitting at the top of their perch.

Could A New Bundesliga Format Bring Back Competitiveness?

The former midfielder, Stefan Effenburg – who was incredibly successful during his playing days at Bayern Munich – mentioned that the Bundesliga needed to undergo a new format to try and keep things a little more interesting for both german football fans and even the Bundesliga clubs that compete in the first football division.

He suggested that the Bundesliga should be split into two sections and see teams compete in a ‘Championship’ half and a ‘Relegation’ half in the second part of the Bundesliga season, as it could create a little more urgency and excitement amongst those competing.

That particular football league format is already used in a number of football top leagues around Europe with Belgium and Scotland already adopting something similar, however, whether it has worked is debatable. Taking the Scottish league as an example, Celtic have had the same dominance that Bayern Munich has had over a near-same period.

Arguably, the only way to stop FC Bayern Munich from being as dominant as they are and from running away with the Bundesliga title each season is for other clubs to resist the temptation of selling their own stars for huge amounts of money and keeping their squads together as much as possible. If they can do this, then perhaps German football will not be as one-sided as it has been for the last decade or so.

Check out the top scorers of the Bundesliga and much more here.