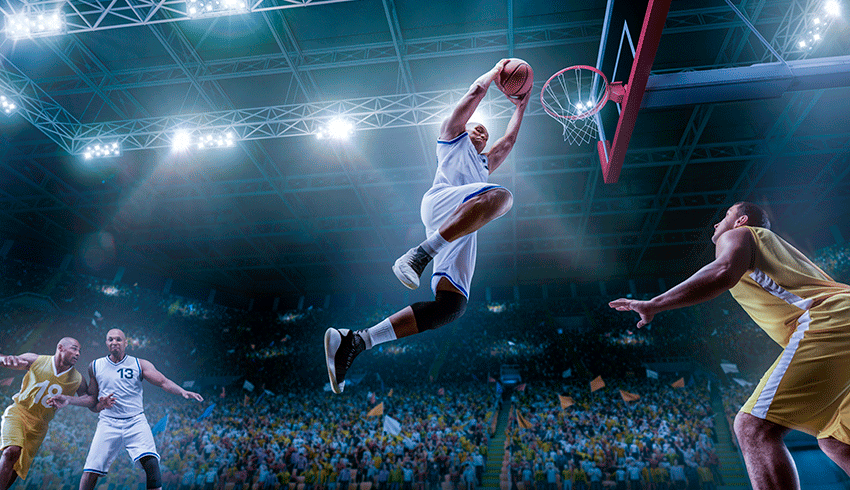 The 2020 NBA Finals was a tournament like no other as there were a number of different changes that were made, however, it could still be argued to have been a huge success for those all involved.

LeBron James and the LA Lakers are the new NBA champions after defeating the Miami Heat in the finals by 4-2, however, it was not without its moments!

Indeed, the whole basketball tournament had its outstanding moments throughout the competition as there were a number of fixtures that would have seen some of the favourites go out at certain stages of the NBA 2020 season.

Los Angeles Lakers were already leading the Western Conference ahead of the resumption and would have been fancied by many to go on and lift the NBA title as they did. Having played 71 games in the divisional stage of the basketball competition, they sat three wins ahead of city and state-rivals, Los Angeles Clippers.

The Lakers basketballers would be handed a first-round tie against the Portland Trail Blazers and won 4-1, before taking on the Houston Rockets in the Conference Semifinals. The Californians would win that series with ease as they recorded a 4-1 victory again in the best of seven series, despite having gone 1-0 down and looking far from good enough.

Meeting the Denver Nuggets in the NBA Western Conference Final 2020 should have been considered a huge test, however, another 4-1 series victory saw LeBron and co book their place in the NBA Finals.

Miami Heat had a different route to the NBA Finals 2020, though, as they had to battle hard in their fixtures. The Florida-based basketball franchise finished the regular season fifth in the Eastern Conference, as they amassed 44 total wins from 73 matches played.

The NBA team would receive a first-round clash with the Indiana Pacers basketball team (who had finished just above them with one extra win) and made light work of them with a comprehensive 4-0 series win. The NBA Eastern Conference 2020 Semifinals saw Miami take on the Eastern Conference leaders, Milwaukee Bucks and saw them record a huge upsetting 4-1 victory against a franchise that would have been heavily favoured.

The NBA Eastern Conference Final 2020 saw the Heat defeat the Boston Celtics 4-2 to book their place against the Lakers.

With the Lakers and the Heat both contesting the final, many would have predicted that the Lakers would go on to win their 17th Championship of the NBA as the Californians had managed to defeat the Florida outfit twice in the regular season – 80-95 in LA and 113-110 in Miami.

Indeed, as much would happen as the Lakers ran out 4-2 victors at the ESPN Wide World of Sports Complex in Walt Disney World.

There were a number of top basketball players to have performed throughout the contests, with LeBron and Anthony Davis both playing starring roles for the Lakers, although Jimmy Butler managed to do something no other player has ever managed to do in the history of the game.

The Miami small forward entered the record books in Game 3 of the 2020 NBA Finals. He finished with 40 points, 11 rebounds, and 13 assists and became the third player in Finals history to record a 40+ point triple-double, joining LeBron James in 2015 and Jerry West with the Lakers in 1969. Perhaps more impressively, Butler also became the first NBA basketball player to have more points, rebounds and assists in a Finals game than James, who finished with 25 points, 10 rebounds and eight assists.

LeBron would still go on to achieve the most points-per-game of any individual in the series, as he averaged a huge 29.8 – almost five points more than Davis’ second-best 25 PPG. Butler led the Heat’s charts in the same column and by more than 10 as he recorded an average of 26.2 – Bam Adebayo managed 15.3 although he only played in four of the six matches.

Unsurprisingly, LeBron James was announced the 2020 NBA Finals MVP for the fourth time in his career and the statistical data certainly backs up why he was chosen with the prestigious award.

Aside from the aforementioned PPG average, the NBA basketball star managed to put up in the six games played – the 35-year-old achieved the best numbers in regards to the rebounds and assists per game. Admittedly, LeBron James did play more minutes per match for the Lakers, however, EagleBet agrees his importance to the franchise can not be stressed enough.