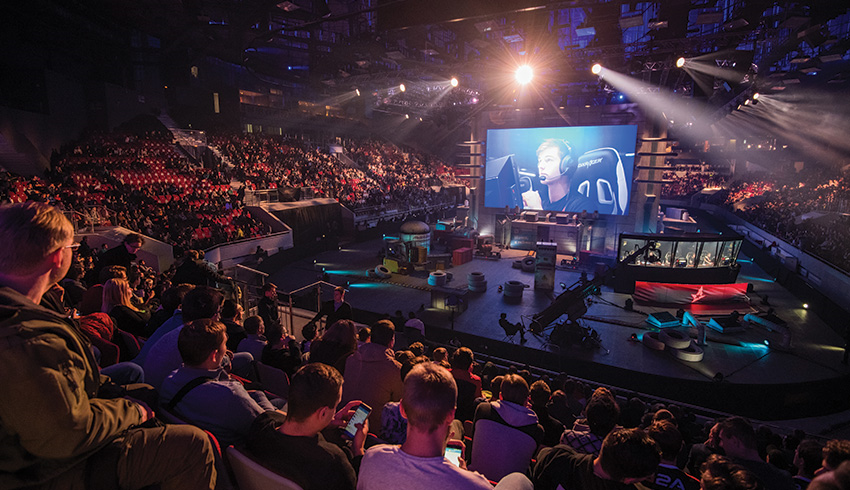 What Are The eSports Games to Bet On

Esports has become a huge industry over the last few years, driven by ultra-cheap high-speed internet plans becoming increasingly available across the world, as well as the falling prices of high-performance gaming laptops and desktops. While esports started out as amateur competitions between individuals and teams, it has grown to be a professional sport in its own right, with huge prize pots for tournaments, and professional teams, backed by sponsors and made up of some of the best gamers in the world participating in these events.

There are of course many thousands of games out there, but there are a select few which have risen to the top and are the most popular games for esports tournaments. We look at the top five esports games for 2021 here.

Overwatch is one of the most popular multiplayer first-person shooter (FPS) games out there. Developed by Blizzard Entertainment, which has the Warcraft, Diablo and Starcraft series under its belt, Overwatch was released for all major consoles in May 2016. Its popularity led to Blizzard funding and developing the Overwatch League (OWL), a global esports league with permanent teams based in cities. OWL has a regular season and playoff format, with the 2019 season seeing an expansion to 20 teams from the inaugural season’s 12 teams. Teams were based across the world, with outfits from Canada, France, China and the USA taking part. The San Francisco Shock won the Grand Final against the Vancouver Titans to be crowned the OWL champions for 2019, picking up the £/€/$1.1 million grand prize as well, in addition to their winnings from the playoff stages.

PLAYERUNKNOWN’S BATTLEGROUNDS, more popularly known as PUBG, was one of the games which brought about an entirely new genre upon its release in December 2017. It is a battle royale game, where up to 100 players are parachuted onto an island, and must then scavenge for weapons, items and equipment while also ensuring that they stay inside a shrinking safe zone. The team or player which is the last surviving one wins the game. PUBG quickly became one of the most popular games in the world across consoles as well as mobiles, and thus there have been a number of esports tournaments that have been organized for the game, not to mention copycat games themselves also being developed. As of 2019, PUBG tournaments had a total prize money pool of over £/€/$11 million, showing just how popular the game has become in a short span of time.

This is one of the oldest and most popular games on the list. CS: GO, as it is known colloquially, has been one of Valve’s most popular FPS games, ever since its initial release in August 2012, and has long been the game of choice for online multiplayer sessions, whether they be LAN parties in college dorms or multi-million dollar esports tournaments. CS: GO’s enduring popularity can be seen from the fact that there were over 800 tournaments in 2019, with a total prize pool of more than £/€/$21 million being offered.

Probably the most popular and successful game of all time, Dota 2 is probably the game that started the trend of esports tournaments. Developed by Valve as a sequel to Dota, which was a community-developed mod for Blizzard’s Warcraft III: Reign of Chaos game, it has become the gold standard for esports games, with many huge tournaments dedicated solely to Dota 2 being organized every year. The most prestigious of these is The International, which is an annual tournament managed by Valve, and for which players must qualify through achievements on the Dota Pro Circuit. With crowdfunded prize pools, The International has had prize money pools of over £/€/$30 million, making it the most lucrative esports tournament by far.

It is an imitator or a follower of one of the games in this list, which was the most lucrative and popular esports game in 2019. Fortnite saw esports tournaments with a combined prize pool of over £/€/$64 million being organized last year. It was originally developed as a response to PUBG’s success, and has now gone on to be the leading battle royale game in the world, and has also had a huge impact on popular culture, with the characters’ dance moves, outfits and other quirks finding their way onto social media.

Check out the top-earning Esports players of all time here.