What Is Pesäpallo And How It Works

You are here: Home »  Blog » What Is Pesäpallo And How It Works 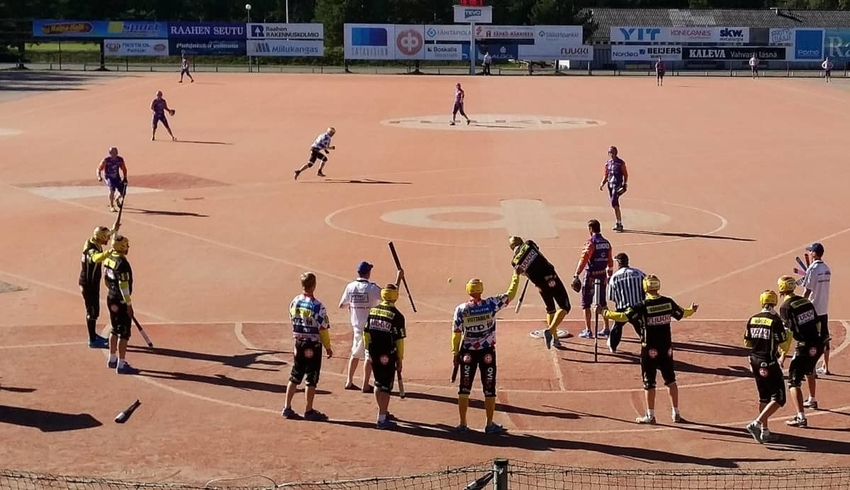 Pesäpallo is a sport that involves the use of a bat and a ball and is similar to sports such as rounders, baseball, softball and brannboll. It is referred to as the national sport of Finland, although it has been played in countries such as Germany, Switzerland, Australia and northern Ontario, Canada.

The best way to describe Pesäpallo to someone who has never played the sport before would be to say it is a combination of traditional games with a ball and bat, with a touch of American baseball added to it.

Pesäpallo was first invented in the 1920s by Lauri “Tahko” Pihkala and has continued to grow into a sport that attracts many onlookers. The sport was used as a demonstration sport at the 1952 Summer Olympics when the Games were held in Helsinki.

Still unsure about what this sport is? EagleBet has the answers.

The objective of the game is rather simple: to score as many points as possible by hitting the ball and running through the bases; once again similar to the rules that baseball follows. The ball, though, is thrown vertically which makes it a little easier to hit.

Pesäpallo is played across two periods of four innings each and a period is won by the team scoring the most runs in their offensive half of the innings. An extra inning can be played if the scores are tied after the two periods, whilst a round (which is similar to a penalty shoot-out) is played if the deadlock can not be broken. In this round, teams will need to try and get a player home from third base.

Both Pesäpallo teams will take part in attack and defence, with both having nine players available. However, the attacking team can play three jokers during one half-inning in addition to the nine they already have in the regular batting order.

Once three men have been struck out (if they have been caught or failed to hit the ball in three throws), the Pesäpallo teams swap. Another way the team can be out is if they fail to score two runs after all nine batters have stepped up to the plate.

The pitcher can not deliver two bad pitches, otherwise, the batter can walk to the first base if all of them are unoccupied. If a base is occupied, then all batters are able to walk to the next base.

The attacking team will score a run when a runner is able to return to the home base after advancing through all three field bases. If a batter can get to the third base straight after hitting the ball, then it is considered a “home run”. However, the batter is then allowed to stay there and try to score an additional point as a regular runner on a later play.

Competitive Pesäpallo in Finland is played in a league which is known as the Superpesis. The Men’s division consists of 14 teams, whereas the Women’s division has 11 teams. Although promotion is not possible, relegation is for the bottom team as they will head into the Ykköspesis instead.

Sotkamon Jymy is the most successful side to have played in the Superesis, as they have won the League 17 times since the formation of the Superesis in 1990. Joensuun Maila is the defending champions heading into the 2020 edition of the competition.

There is a Pesäpallo World Cup that is played internationally every three years, with participants including Australia, Finland, Germany and Sweden. Switzerland joined them in the 2009 edition of the tournament, whereas “Team Europe” was formed to take on Finland and Australia in the 2012 edition based in Australia. In honour of 100 years of Pesäpallo, the World Cup tournament will be played in Hyvinkää (Finland) 2022.