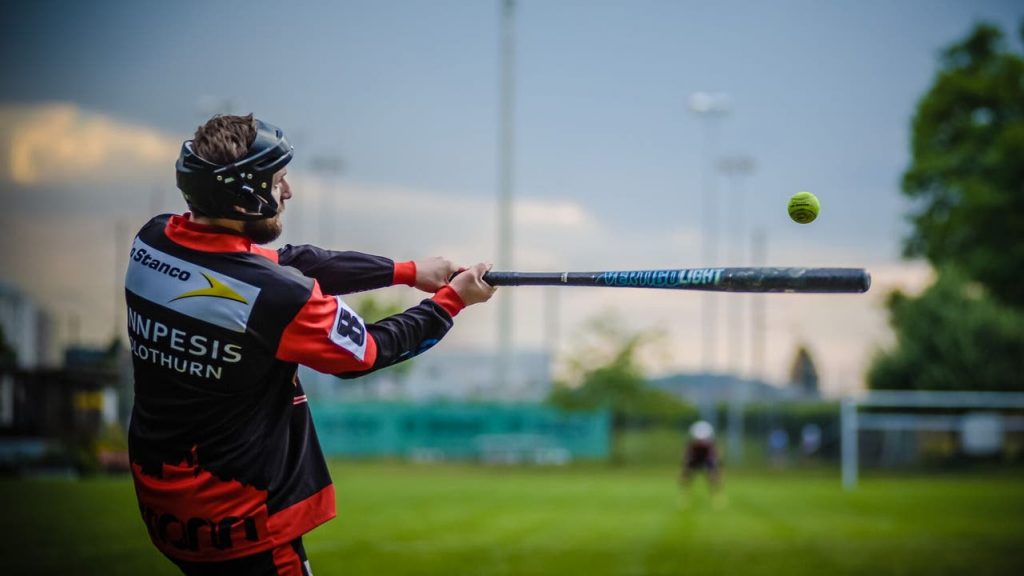 Pesäpallo, also referred to as Finnish baseball, is a fast-paced bat and ball game that originated in the Scandinavian nation of Finland about 100 years ago. It grew rapidly in the following years and has come to be regarded as the national sport of the country. It also gained a foothold in many nations across the globe like Sweden, Switzerland, Germany, Australia and Canada.

Like its distant cousin baseball, pesäpallo is a game played between two teams of players who take alternate turns at batting and fielding called ‘innings’ while the unit for scoring is called a ‘run’. But the similarities more or less end there as pesäpallo is a completely different sport with its own unique rules, equipment, skills and tactics.

Lauri ‘Tahko’ Pihkala, a former Finnish Olympic athlete and coach, is credited with the invention of pesäpallo in the early 1920’s. Pihkala was inspired to create the game after watching a baseball match on his journey to the United States a few years earlier. He noted the many qualities of the American sport, at that time considered to be a bustling and raucous game, yet he felt it required more activity within it to make it truly exhilarating.
In the period between years 1915-21, Pihkala set about creating rules for the new sport by combining traditional bat-ball games of the Scandinavian region with baseball. However, he ensured pesäpallo was a separate sport having its own distinctive characteristics by allocating standardized playing areas and regulations. The first official match was played in 1922 and it was a demonstration sport at the 1952 Olympics in Helsinki.

A pesäpallo match consists of two periods containing 4 innings each. In each inning the two teams take a turn at offence (batting) and defence (fielding). Each team fields 9 players in defence and is permitted 12 players during its turn in offence. The 3 additional batters termed ‘jokers’, can be used anywhere in the batting order and usually wear separate clothing from the rest of the team.

How is the Pesäpallo field ?

The pesäpallo field generally resembles a long half-oval, with its playing area in the middle consisting of 3 bases and a home-plate at the bottom-end of the ground. Out of home-plate two diagonal lines, called foul-lines, extend outwards at an angle of 60 degrees before straightening vertically to meet the outfield boundary.

Therefore, the playing-area looks like an inverted triangle with its apex at home-plate and a long rectangle stuck to its base.
The objective of the game for each team is to win a period by scoring the most runs during their 4 turns at offence called a ‘half-inning’. Conversely, the team playing defence in that half-inning aims to prevent the opposite team from scoring runs by getting ‘outs’. A match is won by the team that wins two periods; if scores are tied, it is settled by an extra innings and later by a method known as rounds, which is similar to a penalty-shootout.

Like baseball, to score a run a player must advance through all the 3 bases and return to home-plate safely. Yet unlike baseball, the 3 bases are placed asymmetrically in a zigzag pattern with the space between them increasing progressively. The 1st base lies a short distance away on the left foul-line; the 2nd base further away on the right foul-line while 3rd is located directly opposite to it on the left foul-line.

The home-plate is different from the rest of the bases in shape, size and importance. It is a flat, circular object with a diameter of 0.60 metre, placed at the lower end of the playing-field. A play begins when a player of each team faces the other from opposite sides of the plate. The player from the defence called a ‘pitcher’ tosses the ball vertically while the player from opposite side, termed a ‘batter’, attempts to make contact on it with his bat.

A batter gets 3 ‘strikes’ or attempts at a ‘legal pitch’ to get a ‘fair hit’ before he can become a ‘runner’. For a legal pitch, the pitcher must toss the ball at least 1 metre in the air and land it on the home-plate, if the batter does not swing at it. For a fair hit, the batter has to hit the ball with the first bounce landing inside the foul-lines. However, the batter is not forced to run on each fair-hit and can use all 3 strikes before he does so.

Upon making a fair hit within 3 strikes, the batter must reach 1st base or any other base ahead that is vacant before the ball reaches it. If he manages to get there before the defending players can deliver the ball to a teammate on that particular base, he is ‘safe’ and can attempt to score a run for his team on the following plays. A runner can also reach a base safely without a fair hit if the batter earns a ‘walk’ from the opposing pitcher.

If a pitcher does not throw the ball high enough or fails to land it on the home-plate when the batter does not swing, it is deemed an illegal pitch known as a ‘ball’. If the pitcher throws 2 balls to a batter, he gives away a walk and the batter can advance safely to 1st base if none of the bases are occupied. If there are already one or more runners on base then the most advanced of the runners is allowed to proceed safely to the next base.

When a batter fails to make a fair-hit after 3 strikes or makes a foul-hit on a 3rd strike he is deemed out. If the batter or a runner does not reach the next base before the ball is thrown to it, he is also deemed to be out. However, if a defending player catches a hit in the air before the ball touches the floor, it is not considered an out. It ends the batter’s turn and forces all the runners to move to the next base, which allows the defending team to put them out.

Upon reaching any base, a runner attempts to score a run by making his way to home-plate safely on further hits or walks. He can also dash to the next base at any moment for a ‘stolen base’. If a batter makes a fair-hit and proceeds up to 3rd base on the same pitch, he scores an extra run for the team called a ‘home-run’. He also gets the opportunity to score a regular run from 3rd base on further hits or walks until that half-inning ends.

After the team playing offence concedes 3 outs, their half-inning comes to an end and the defending team will then take its turn at bat. A half-inning can also come to a close if the offence scored less than 2 runs after using all the 12 batters in the order. The team with the most amount of runs at the end of 4 innings wins the 1st period and the match moves on to the 2nd period with the runs of both teams being reset to zero.

Pesäpallo is an extremely popular sport in Finland with hundreds of teams featuring several thousand players in various competitions at different levels and age groups. The SM-sarja was the most prestigious championship for many decades after the birth of the sport.

Since its inception in 1990, the Superpesis has become the top professional tournament in the country. It features 15 teams in the men’s division and 13 teams in women’s division. The best team is crowned as the champion of Finland while the lowest ranked team gets relegated to the Ykköspesis.

In 1992, a Pesapallo World Cup was held for the first time and has taken place every 3 years since its 2nd edition in 1997. Besides Finland, host countries for the past tournament include Australia, Sweden, Germany Switzerland and India.
Unsurprisingly, Finland has taken the top-prize on each occasion. The next edition will be held in 2022 at Hyvinkää, Finland.

Claim your bonuses with EagleBet and choose the best bookmaker that suits your strategies. If you like this sport, why not trying your luck ?