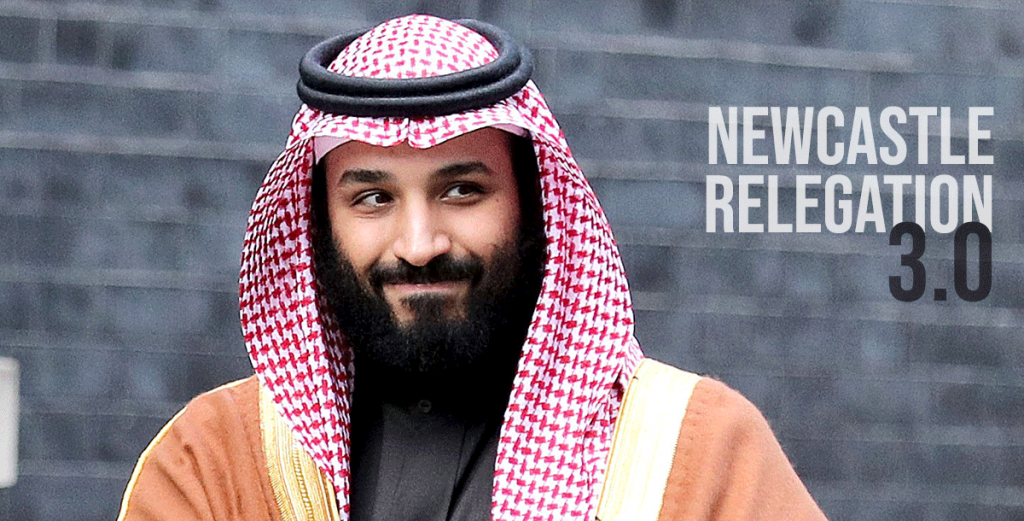 Struggling Newcastle are focus of attention as new Middle Eastern owners look to emulate Manchester City and transform it into a Premier League winning club, qualifying as of right to the Champions League – a massive threat to the existing “big four” who currently take CL qualification for granted now Arsenal and Spurs have faded. But what has the news done to Newcastle’s chances, and what are the odds on who will be their next manager? Follow our odds, predictions and tips to find out!

We wrote last month that odds on Newcastle being relegated had increased from 22% to 37% according to the bookies, reflecting their poor start.

But they will have millions to spend in January – even allowing for financial fair play, due to the frugality of former owner Mike Ashley they will be able to spend fairly big (though not without limits). Surely that will impact Newcastle’s odds?

Particularly given the talk that German international Timo Werner could be a target from Chelsea, along with former Bayern Munich and Liverpool star Philippe Coutinho who could now want to escape troubled Barcelona. Oh, and current Bayern defender Niklas Süle.

Well oddly enough, not much, as signing any of these stars in January will be very tough.

The bookies still have Newcastle 4th favourites to go down which is far too close for comfort for the Magpies (three clubs go down remember). That said, Norwich are firm favourites for relegation and rightly so (Premier League odds of 1.2 on Norwich going down), then Watford at odds of 1.61 (with Claudio Ranieri now at the helm we think they have more chance than that of staying up, given what was in any case a reasonably solid start), and finally Burnley who are 1.9 to be relegated.

Burnley have certainly been poor but have a manager who has saved them before and while those odds are probably about right, we would not use our own money to bet against them with their fighting spirit – they are like the bad guy in the horror movie who, just when you think he is dead, leaps from the grave fighting.

So there is still plenty of uncertainty around Newcastle, whose odds on relegation remain largely unmoved at 3.25 despite the mega-takeover.

Worryingly for the Geordies, next favourites for the drop, Crystal Palace, are improving, and bar a sudden dip Patrick Viera’s team now look safer to us than we would have said a month or so ago.

Much better value for relegation on current form – and this is where hope lies for Newcastle – a toothless Southampton look generous at odds of around 3.75.

Even Leeds, given how badly they have underperformed so far, don’t look a crazy bet for relegation at odds of 9.00.

On a side note we can’t quite believe that Leicester are 41 to be relegated. We are not saying they will go down, but as safe as West Ham and almost as safe as Everton? The bookies are having a laugh!

How does the Takeover impact our Premier League odds and predictions?

So how should Newcastle’s takeover impact our odds and predictions?

Well firstly, it makes Norwich even more nailed on for relegation and increases the pressure on Burnley and, in our view, Southampton.

But January is an incredibly difficult month for emergency transfer buys. Prices rocket (sellers know buyers are desperate) and it tends to be the players other clubs want to get off their wage bill who move. Going early and spending big in January could be a mistake because realistically a relegation threatened Newcastle are not going to attract players of the very highest calibre. They could spend big on average players who become squad players the following season. Barcelona might be so desperate they need to sell Coutinho but would Chelsea sell Werner when they are gunning for the Premier League? Even if they were prepared to sell, would he go to the North East?

Arguably Newcastle would be better saving their money and spending big in the summer when bigger names will be attracted to the project. This great gamble, though, is familiar to Newcastle fans: will they have enough to stay up without major investment?

“Billionaire” and “Geordie” are not often words written in the same sentence and long-suffering Newcastle fans deserve their excitement: could this finally be the moment they become the “massive club” their huge support-base thinks they have always been?

But just because Newcastle now have hugely wealthy owners they are not yet a hugely wealthy (or successful) club. Before they reach the super-club promised land, first they have to survive this season in the Premier League – and given that they still haven’t won a game all season, a bet on their relegation remains a perfectly sensible bet.

Clubs can still be relegated after a takeover by wealthy owners – ask QPR, among others.

Odds on Newcastle’s Next Manager

It reflects the brutality of football that the betting market on their next manager is in full swing and they haven’t even had the decency to sack their existing manager yet. Steve Bruce was taking training earlier this week and arguably couldn’t have done a huge amount more with the resources Mike Ashley gave him.

Yet the pressure will be huge to secure a glamorous manager – and Bruce has many qualities but glamour is not among them.

Leicester’s Brendan Rodgers is firm favourite at around 2.25 and would be a brilliant appointment: he knows the Premier League and is the big name Newcastle crave but without the histrionics and unpredictability that would go with the appointment of a Jose Mourinho. (It would also be terrible for Leicester’s chances.)

Next favourite is far less promising: “Fat” Frank Lampard, after his sacking at Chelsea. He did well at Derby in the Championship but is at best unproven as a Premier League manager. We just can’t see this and if Newcastle sack Bruce for a worse manager they would deserve relegation.

Lucien Favre is third favourite (at around 7) and is at least “get-able” and the rumour mill is gathering pace around the former Borussia Dortmund boss. We think 4th favourite Roberto Martinez is a good shout. He has probably gone as far as he can with Belgium – his “golden generation” can’t win a major tournament. Does he need to wait until the World Cup to discover what he must already know? He has managed in the Premiership with Wigan and would be good in the relegation scrap Newcastle find themselves in.

Finally, EagleBet’s Bundesliga sources tell us that Ralf Rangnick is very keen on the job. And we can see why, as he is stuck in Moscow. He has wanted a big Premier League job for a long time. But this would be a risky appointment given Newcastle’s league position.