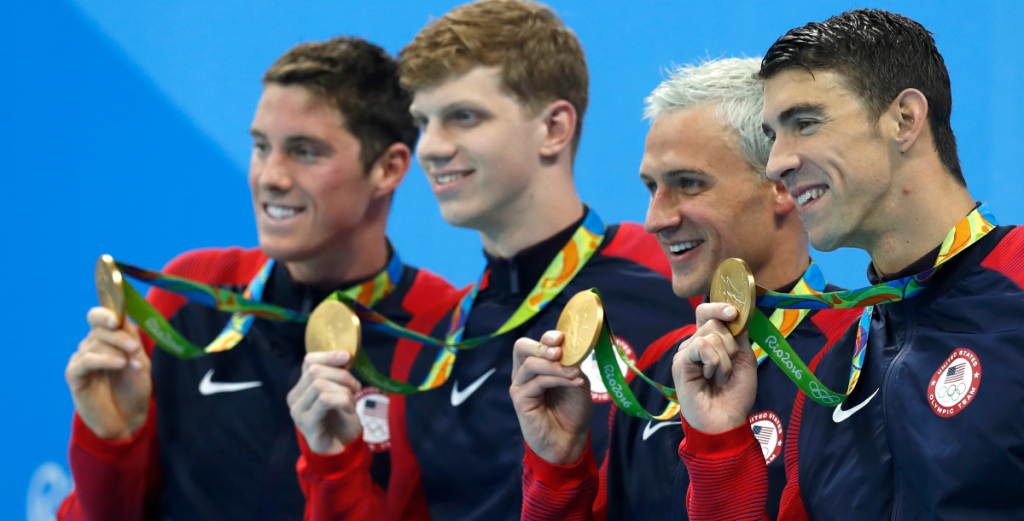 Team USA, China and the Russian Olympic Committee will be the leaders of the Tokyo 2021 Olympic Games Medal tally, whilst Great Britain and Germany could disappoint! Check out who else could do well or poorly according to EagleBet sports betting predictions writers!

When thinking about which countries will top the Tokyo 2021 Olympic Games Medal tally, there will be a number of nations that will predictably be at the top.

Many of them will be considered favorites due to a number of reasons, with many of the countries arguably having the biggest pool of competitors to choose from or going based on previous Olympic Games and history.

Strongest Olympic Nations Will Keep Their Status In Tokyo 2021

For instance, the USA, China and the Russian Olympic Committee, will all be favoured to obtain the most medals once the Games are over and it would not be a shock or a surprise for our Olympics Tokyo 2021 medal predictions writers to see the countries finish in that order at the conclusion of the 2021 Summer Games.

However, it would also be wise to consider each of the sports and disciplines that are taking place, with some being rather specialised for certain nations as they are not always available to everyone.

Our sports betting specialists consider that Japan could be a surprise nation to do well with total medals, as they host the games and will potentially have the upper-hand in some sports, whilst The Netherlands and Australia could be amongst other nations to do well and strengthen their position in the Tokyo 2021 Olympic Games medal tally.

Team USA, China and Russian Olympic Committee To Get The Most Medals

As mentioned, it would not be a surprise if the United States, China and the Russian Olympic Committee were to finish in the top three positions in the 2021 Tokyo Olympic Games medal tally following the conclusion of the summer event.

The three nations have always been near the top of the leaderboard throughout each edition of recent Olympic Games to have taken place, with many predicting that each nation will have winners over a variety of different sporting disciplines.

Team USA managed to obtain a total of 121 medals in the 2016 Rio Games last time and it would not be a shock if they were able to get close to that figure again when competing in Tokyo.

China had a poor performance in Brazil as they obtained just 70 medals – being the lowest they have received since the 2004 games that took place in Athens, Greece. With the 2021 Olympics taking place in neighbouring Japan, it could be argued that they will have a greater chance to improve on the medal total from five years ago.

The Russian Olympic Committee is a little harder to predict, but regardless of the athletes that are allowed to compete and are able to do so, the ROC should do well in the overall medal tally.

Naturally, in order to top the Medal Winners Leaderboard, Team USA are likely going to dominate a number of the sports and disciplines that are competed in.

Simone Biles is arguably the greatest gymnast that has ever competed at the Olympic Games and she will be in top physical condition as she aims to defend her all-around title.

Katie Ledecky is a swimming superstar that has brushed past the competition with ease and continues to impress, so she will be one that many can expect to see add to her impressive Olympic Games haul at the Tokyo 2021 edition.

Great Britain And Germany Could Struggle In Tokyo 2021

Although both nations will likely remain near the right end of the overall Olympic medals tally, Great Britain and Germany are two countries that could have a difficult 2021 Tokyo Olympic Games.

Great Britain managed to win 67 medals in total in 2016, becoming the first nation to win more medals than they did four years after hosting an event, but that number is expected to drop significantly this time around as they arguably do not have the quality of athletes that they had back in 2016 available to them now.

Germany are in a similar position in regards to the level and quality of athletes available and despite having managed to finish inside the top five on a regular basis, the 2021 Tokyo Olympic Games could be a long one.

If you found our Medals tally predictions useful, you might want to check our full Olympic Games betting guide.