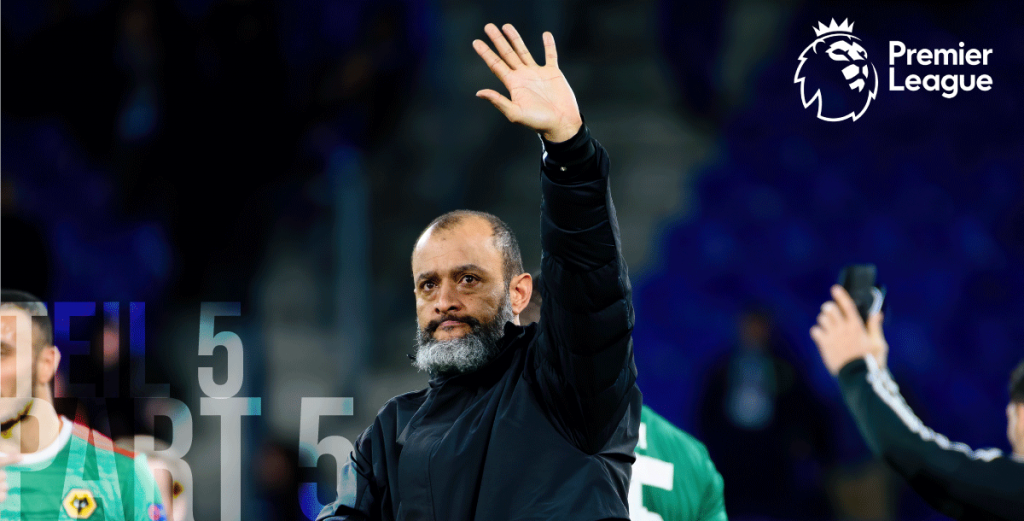 Welcome to the final part of our comprehensive guide to the EPL 2021/22 season, with the race for the title, Champions League and Europa League qualification, and of course the brutal battle to avoid relegation.

So far we have given you our analysis of the odds on clubs from Arsenal through to Manchester United looked at alphabetically, factoring in end of season form, transfer activity and managerial changes. We provide you with tips for the good bets and warn you off the bad bets.

Part 1 gives an overview of the English Premier League 2021/2 odds and examines the chances of Arsenal and Aston Villa.

Part 2 deals with the chances in the English football top tier this season of Brentford, Brighton, Burnley and Chelsea.

Part 3 offers predictions, tips and analysis for the season ahead for Crystal Palace, Everton, Leeds, Leicester and Liverpool.

Part 4 covers the enduring rivalry between title holders Manchester City and neighbouring giants Manchester United, and their respective chances for the Premier League title this season.

In this final part of our definitive guide we look at Newcastle United, Norwich City, Southampton, Tottenham Hotspur, Watford, West Ham and – last but not least – Wolverhampton Wanderers.

Newcastle Predictions For The EPL 21/22

The Magpies’ ever optimistic fans will be looking for the team to push on after a decent 12th place finish last season and finish higher up the Premier League.

Transfers: Newcastle are targeting French U21 international Boubacar Kamara for €18m and want Arsenal’s Joe Willock back for at least another loan season.

Odds on Newcastle to Win the Premier League: 500/1

Odds on Newcastle to be relegated: 12/5

Our Premier League 21/22 betting guide writers think Newcastle are probably most likely to finish lower-mid table but don’t entirely discount the odds of them imploding. They have before. Therefore a cheeky bet on Newcastle to be relegated is not the world’s worst bet for us.

Norwich Predictions For The Premier League 21/22

Favourites to go down and we can see why. They bossed the Championship commandingly last season without suggesting they had much to terrify the English football first tier. Paradoxically, the likelihood of Norwich being relegated is being offered at such short odds it is actually a credit to how well they are run.

Norwich have small budgets and they would prefer the Premier League 21/22 relegation, bank the parachute payments and go for promotion the season after.

Odds on Norwich City to be relegated: 5/6 (favourites to go down)

Although they are favourites to go down, and therefore the odds are not massively generous, given how weak they look in EPL 2021/2022 terms a bet on Norwich to be relegated to the Championship 22/23 is quite tempting to us.

Southampton Odds For The Premier League 21/22

The Saints go into the 2021/22 campaign after a sharp slide in form towards the end of last season. The manager warned they needed strength in depth if they were to avoid a relegation struggle this season, but arguably the most notable transfer activity in the Premier League 21/22 season has been speculation about the possible loss of reliable striker Danny Inges.

Transfers: So far Romain Perraud is the only arrival, and him only a replacement for left back Ryan Bertrand, who is a loss and tipped to be joining Leicester. This despite warnings they don’t have competition in key positions and are relying on young players as cover. Takumi Minamino has returned to Liverpool

Odds on Southampton to Win the Premier League: huge variation in the odds from 200/1 to 1500/1

Odds on Southampton to be relegated: 9/2

Odds on Southampton to stay up: 1/9

Spurs moved into a magnificent stadium, competed for a couple of years with the biggest clubs in the English football top tier and even made the inevitable José Mourinho appointment (what is it about Mourinho? He is like that beautiful but completely nightmare girlfriend: you know it will be a disaster but you do it anyway).

How distant those Spurs glory days in the English Premier League seem. They finally managed to secure a manager, Nuno Espírito Santo, someone who EagleBet rates, but he is not proven at a club of this size.

But he has a big re-building job. The club insist they will keep hold of Harry Kane, but after the England captain’s Euros disappointment our sources are suggesting that Kane is even hungrier to join a club that will enable him to win medals in the Premier League 21/22.

Transfers: In a sign of the revolution the new manager wishes to start just a short few weeks from the start of the season, he is said to be willing to let go of six players to finance arrivals to build a squad in his own image to increase the odds on Spurs qualifying for Europe. Without it, there will not be the budget to strengthen.

We see this as, at best, a transitional season for Spurs and they would do well to repeat their 7th place finish in the Premier League of last season.

Toby Alderweireld is also pushing for a move.

Odds on Tottenham Hotspur to Win the Premier League: 40/1

A new dawn or storm clouds ahead? Whichever it is, we wouldn’t bet on Spurs to do well in the 21/22 season, the odds are not nearly attractive enough

Watford have been busy in the transfer market this summer as they await their return to the English football main division, but have they improved enough to stay up in the Premier League and avoid relegation this time?
Last time round they struggled and even in the Championship last season at times they didn’t exactly look world-beaters.

Their transfer dealings are a mixed bag. Danny Rose will add real Premier League experience, but the likes of King and Fletcher look more like the signings of a club thinking they might be playing in the Championship the following season.

Earlier in the window they swooped to bring in the talented Spurs full back Danny Rose and former Middlesbrough striker Ashley Fletcher, who was fairly prolific in the second tier before injuries. They also signed French-Moroccan midfielder Imran Louza from FC Nantes, reportedly for as much as €13m.

Odds on Watford to Win the Premier League: 500/1

Odds on Watford to be relegated: evens (second favourites for the drop)

There has to be an even bet chance Watford will go down, therefore a bet on Watford to be relegated looks a good bet to us.

West Ham will look to repeat or even improve on their brilliant 6th place finish last season.
However, they only have one recognised forward and with European football next season the Hammers will need to strengthen their attack significantly if they are to have any chance of a top six finish in the Premier League 2021/22 season.

Hence they have been linked to Switzerland and Borussia Mönchengladbach striker Breel Embolo.

Transfers: The Hammers are close to signing on loan French Paris St-Germain goalkeeper Alphonse Areola, 28 with a view to a permanent move. Embolo would be a big signing for the Premier League side, although his pace and physicality has not always translated into goals.

Felipe Anderson is returning to Italy. West Ham insist Declan Rice is not for sale after the midfielder impressed for England in the Euros, but after Rice rejected two contract offers big clubs are sniffing. West Ham need to keep him if they are to increase their odds of European qualification.

Given the general weakness around clubs outside the top four, a bet on West Ham for a top six finish in the EPL is ambitious but far from crazy as long as they buy a top striker.

Wolves Predictions For The Premier League 2021/2022

Wolves finished 13th last season which is certainly very respectable but not quite at the levels they had hoped.
They are boosted by the return of Raúl Jiménez after he fractured his skull last season, poor bloke.
Transfers: Midfield star Ruben Neves is reportedly attracting interest and they lost Portugal’s international goalkeeper Rui Patrício to José Mourinho’s Roma.

Wolves have made defender Rayan Ait-Nouri a permanent signing from Angers along with Francisco Trincão and Yerson Mosquera.

They are also linked with Hungarian international right back Bendeguz Bolla.
Odds on Wolverhampton Wanderers to Win the Premier League: 150/1

Odds on Wolverhampton Wanderers to Stay Up: 1/9

Odds on Wolverhampton Wanderers to be relegated: 5/1

Should be comfortably mid-table but need to make more signings if they are to finish any higher in the Premier League.

Whichever way you bet to win the Premier League – or get relegated or something in between – make sure to use one of the great welcome offers we here at EagleBet have negotiated for you.